Peace talks between Pakistani delegation and TTP fails to make any breakthrough
28 Jul, 2022 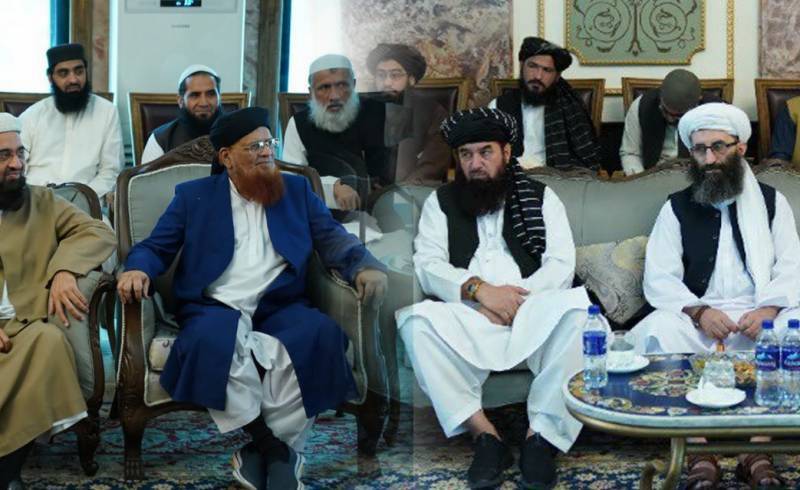 ISLAMABAD – The much-anticipated talks between the Pakistani scholars and terror outfit Tehrik-e-Taliban Pakistan concluded in the Afghan capital without any breakthrough, as clerics' delegation fail to soften the militants in rare interaction.

The delegation including religious scholars of all sects called upon the leadership of the banned outfit to end violence against Pakistan and return to their homes with a promise of amnesty for the deadly crimes they committed in the last decade.

In their meetings with TTP chief Mufti Noor Wali Mehsud and other leaders, the clerics requested the militants to set aside their demand for reversal of the FATA merger, but terror outfit leaders refused to budge.

The banned outfit, formed by Baitullah Mehsud, appreciated the Pakistani delegation for visiting Afghanistan and acknowledged the efforts of the Afghan Taliban government in facilitating peace talks, however they warned Islamabad that it is not tired of 'holy war'.

Some experts claimed that TTP leadership could not trust the clerics in the absence of concrete assurances from the Pakistani institutions.

Earlier, the Tehreek-e-Taliban Pakistan demanded Pakistan to enforce Islamic law while their key demand for peace talks is the revocation of the FATA merger.

The recent development comes a month after the militant group prolonged its cease-fire with Pakistan for an indefinite period. TTP previously accused Pakistani forces of violating the ceasefire by conducting raids in the northwestern region.

The terror outfit has carried out some of the deadliest attacks in the South Asian country, targeting politicians, civilians, and armed forces with suicide bombings, targeted killings, and other forms of attacks.

TTP, also known for attack on Army Public school in Peshawar, in which more than 140 people were martyred, mostly school going children.

The attacks from banned organisation earlier dropped after Pakistan Army conducted military operation in 2014 that pushed the militants out North Waziristan district, however attacks were continued to take place after Afghan Taliban seize Kabul.