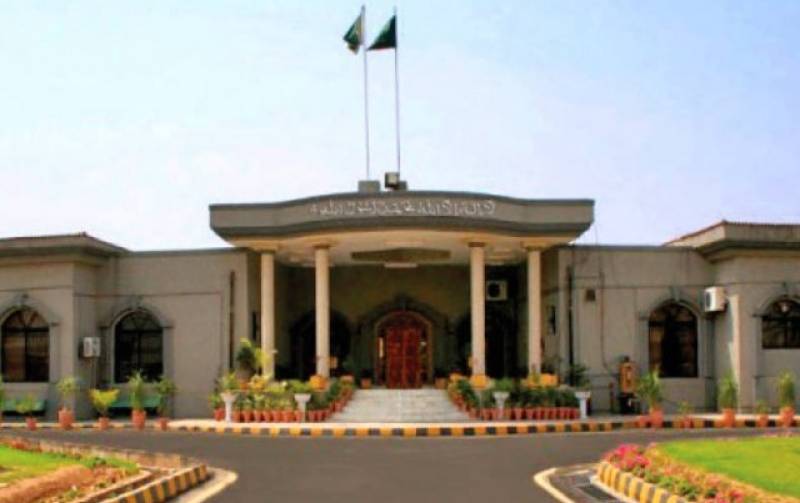 On June 3, Judge Malik Nazir Ahmad of the special court central had awarded six years imprisonment each on two counts to these two convicts including former federal minister for religious affairs Hamid Saeed Kazmi, and imposed a fine of approximately Rs 147. 4 million each.

If the accused fail to pay the fine, the order read, they will have to further undergo for two years imprisonment.

All three accused had completed their sentence of six years imprisonment on two counts and were behind the bars only because they had not yet paid the fine imposed on them, said a report submitted before the bench by Superintendent Jail in compliance with court orders.

During the course of proceedings, counsel for petitioner moved an application pleading that his clients was willing to attach their property located at Lahore against fine in bail application whereas the Registrar office raised objections that property should be locatted at Islamabad.

He said both clients had no property in the capital territory which could be presented for attachment and requested to accept Lahore property against the amount of fine as surety.

As appeal against the imprisonment was under way so till the final decision of the appeal bail of the convict might be accepted, counsel added.

Subsequently, the bench directed authorities to evaluate the property of convicts against fine imposed on them and remarked that if the value of the prisoner's property located at Lahore meets the amount of fine then it might be accepted as surety against bail.

It is pertinent to mention here that the court has only decided their bail applications and the main petitions challenging conviction and requesting the court to set aside the verdict will continue to be heard by IHC.