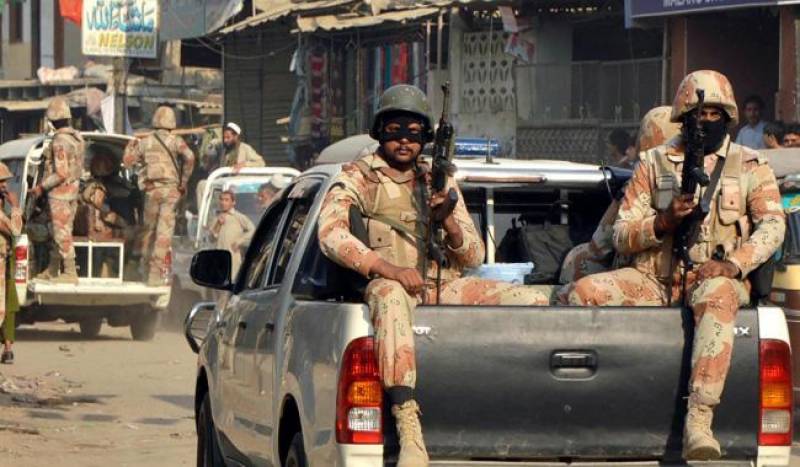 Sindh Rangers carried out raids in Jamshed Town, Korangi and Clifton areas of the city and arrested three suspected hitmen and an alleged extortionist.

Meanwhile, the para-military force recovered large consignment of drugs from a house in Pak Colony area.

Earlier, Rangers had recovered weapons from an empty flat in Photo Lane in the jurisdiction of Kalakot Police Station in Lyari.

A spokesman of Sindh Rangers has said the recovered weapons belonged to Uzair Baloch group and was to be used for target killings and spreading anarchy.