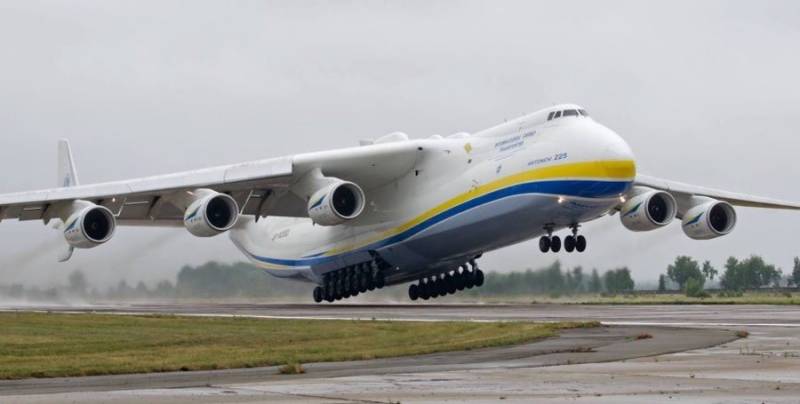 KYIV – The world’s largest plane – Ukraine's Antonov-225 – was destroyed in Russian strikes as the war in the eastern European country of Ukraine is underway, claimed Kyiv in a statement.

The news was shared by the official Twitter handle of Ukraine, stating that the plane was destroyed the Antonov airport in Gostomel near Kyiv on Sunday.

The 276-feet-long plane had been named “Mriya” which means dream in Ukrainian language. It could fly by carrying up to 250 tonnes of cargo at a speed of up to 850 kilometres per hour.

“The biggest plane in the world "Mriya" (The Dream) was destroyed by Russian occupants on an airfield near Kyiv. We will rebuild the plane. We will fulfill our dream of a strong, free, and democratic Ukraine,” the official Twitter handle said.

“They burned the biggest plane but our Mriya will never perish,” It added.

Minister of Foreign Affairs of Ukraine Dymtro Kuleba also shared the news on Twitter, stating: “This was the world’s largest aircraft, AN-225 ‘Mriya’ (‘Dream’ in Ukrainian). Russia may have destroyed our ‘Mriya’. But they will never be able to destroy our dream of a strong, free and democratic European state. We shall prevail!”

Earlier on Monday, Ukraine and Russia started talks at the Belarussian border. The Ukrainian president's office said in a statement that their goal for the talks was a ceasefire and withdrawal of Russian forces.

The ongoing war has claimed lives of dozens of civilian, and forced thousands of Ukrainians to flee the country.