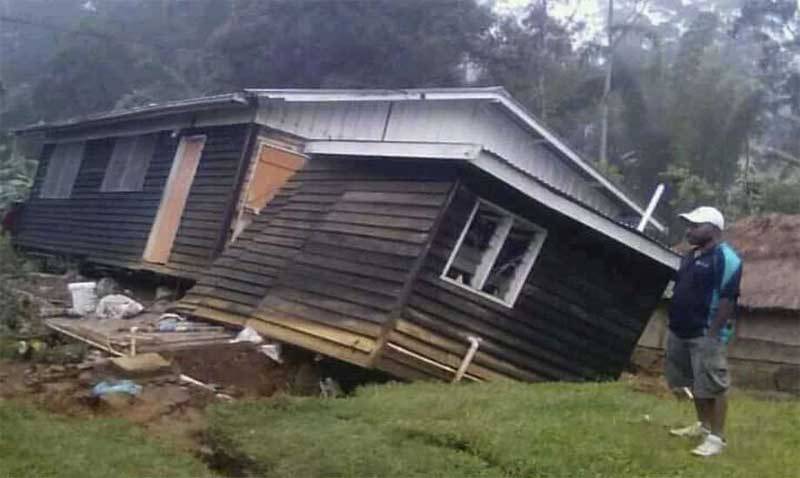 Scores of aftershocks have hampered rescue efforts and rattled nervous villagers over the past two days, including a 6.0 tremor just before 1 p.m. (0300 GMT) on Wednesday registered by the U.S. Geological Survey.

Most of the confirmed fatalities were in or around the provincial capital of Mendi and the town of Tari, according to authorities and residents contacted by Reuters.

“It’s massive destruction,” Stanley Mamu told Reuters by telephone from Tari, 40 km (25 miles) from the epicenter. One person was killed in Tari and another five were killed in a landslide in a nearby village, he said.

“There are buildings on the ground and landslides along the roads. My home was destroyed. The main sources of water were all flooded, it’s dirty and brown and people can’t drink that water,” Mamu said.

Australia has sent a C-130 military transport plane to help with aerial surveillance. The office of Australia’s Foreign Minister Julie Bishop said in a statement it would likely take days before the extent of the damage was clear.

Miners and oil and gas companies were also assessing the damage, which included ensuring a 700-km (435-mile) gas pipeline that connects to a coastal liquefaction plant was intact before it could be reopened.

A spokesman from Papua New Guinea’s National Disaster Center said a preliminary assessment of damage was still underway as officials tried to fly by helicopter to cut-off areas.

A police officer in Mendi said landslides had buried homes and blocked a river residents worried could flood the town.

“We are really in deep fear,” said police sergeant Naring Bongi. “It continues to be active. We didn’t sleep well and stayed awake until daybreak ... no helicopters or government officials have come to our assistance.”

Udaya Regmi, the head of the International Red Cross in Papua New Guinea, said disrupted communication was the most immediate hurdle, but finding clean water would likely be the most pressing need if water tanks had been destroyed.

“The casualties have yet to be confirmed but many more than 20 people have lost their lives,” he said.

Earthquakes are common in Papua New Guinea, which sits on the Pacific’s “Ring of Fire”, a hotspot for seismic activity due to friction between tectonic plates. Part of PNG’s northern coast was devastated in 1998 by a tsunami, generated by a 7.0 quake, which killed about 2,200 people. Reuters