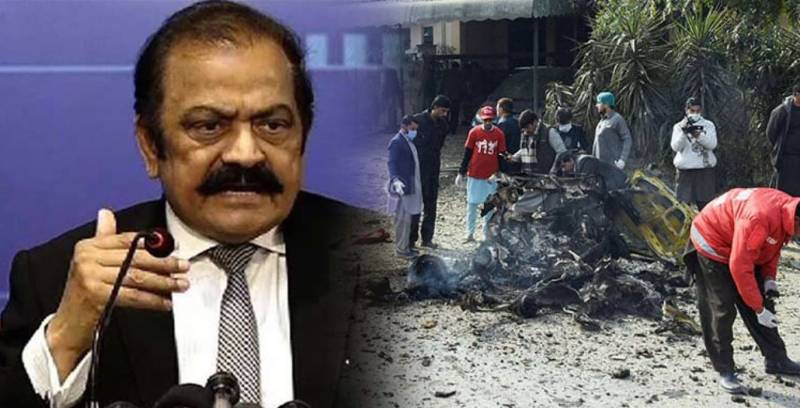 ISLAMABAD – Interior Minister Rana Sanaullah late Tuesday claimed to nab suspects involved in a suicide bombing in the country’s federal capital, in which a cop was martyred and at least six others were wounded.

The PML-N leader made these remarks as fears grow that Tehrik-i-Taliban Pakistan has a presence in the country’s safest city.

As suicide bombings forced several countries to issue advisories for their citizens, the interior minister shared a tweet, confirming the arrest of suspects in the terror attack.

Sanaullah maintained that the cabbie was innocent and had no role in the deadly attack. The terrorists hired him from Kurram Agency and stayed in the garrison city of Rawalpindi, he added.

He further said that four to five people have been rounded up in the latest action.

The minister made these remarks after DIG Islamabad Sohail Chatta’s remarks who also confirmed that there was a bomber in the car along with a driver.

Following the blast, the capital authorities have issued a special security plan to avert any further terror attack. At least 25 temporary check posts have been formed under new ‘special’ plan.