Pakistan strongly reacts at the unwarranted comments from some Afghan circles
28 Dec, 2020 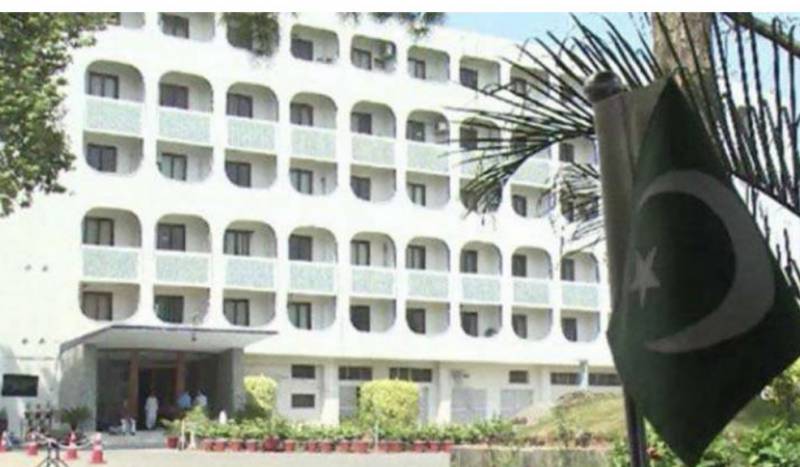 Pakistan on Sunday reiterated its firm commitment for lasting peace and stability in Afghanistan as the peace process is making encouraging progress towards a political solution of the conflict.

“While Pakistan’s efforts are acknowledged and appreciated by the Afghan society and the international community, we are concerned about some negative comments which continue to emanate from certain official as well as unofficial Afghan circles,” Foreign Office spokesperson said in a statement. He said Pakistan would continue to emphasize the mutually agreed fundamental principle that all bilateral issues including security and intelligence matters should be addressed through relevant bilateral forums and channels.

The spokesperson said appropriate institutional forums were in place for such discourse in the relevant working groups of Afghanistan-Pakistan Action Plan for Peace and Solidarity (APAPPS). In addition, during the visit of Prime Minister of Pakistan to Kabul in November 2020, the two sides had also agreed on further cementing their contacts on matters related to security and peace process.

The spokesperson stated that public blame game was detrimental to the Afghan peace process as well as to the shared efforts for enhancing bilateral cooperation. Pakistan has continued to emphasize that there was no military solution to the Afghan conflict and solution of the conflict through a political process was the only way forward. Towards this end, he said Pakistan has been engaged in serious efforts to facilitate an Afghan-led, Afghan-owned peace process.

During the current year, the spokesperson said Pakistan’s long-held position was vindicated and Pakistan’s serious efforts facilitated important breakthroughs in the peace process, including: US-Taliban Peace Agreement of 29 February; commencement of Intra-Afghan Negotiations on 12 September; and agreement among Afghan parties on the Rules and Procedures on December 2.

The spokesperson said as the negotiations enter an important and critical phase from January 5, 2021, the negotiators would be focusing on the substantive issues relating to a comprehensive future political settlement. “In this delicate phase of the Intra-Afghan Negotiations, it is important for the negotiating parties to avoid accusations and to demonstrate wisdom, sagacity and vision for the larger objective of lasting peace and stability in Afghanistan,” he added.

The Foreign Office spokesperson reiterated that Pakistan had also continued to express its deep concern at the increasing level of violence in Afghanistan during the current year. Prime Minister Imran Khan, on several occasions, has reiterated his calls for reduction in violence leading to ceasefire, he said. He emphasized that it was important to underline the need for Afghan government to take pro-active measures to fulfill its responsibility for internal security, law and order and protection of Afghan lives.