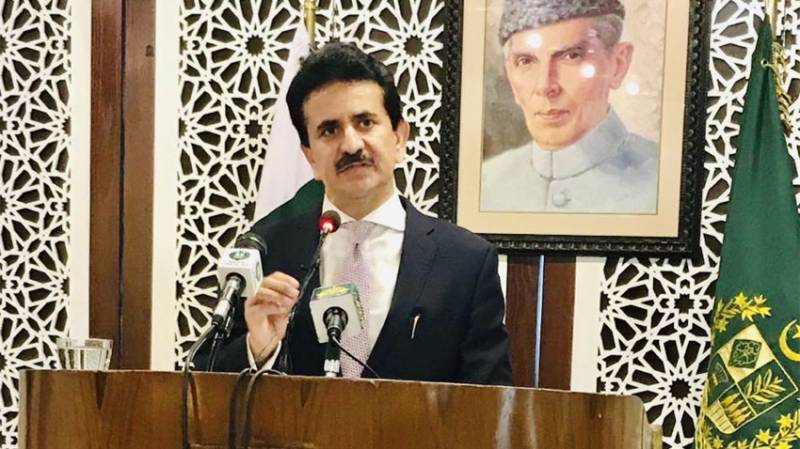 Pakistan is deeply concerned over the continued incarceration and deteriorating health conditions of Kashmiri leaders.

This was stated by Foreign Office Spokesperson Zahid Hafeez Chaudhri in a statement on Monday.

These leaders include founding leader of Kashmiri organization "Dukhtaran-i-Millat" and the "Iron Lady of Kashmir", Asiya Andrabi; leader and founder of the Jammu and Kashmir Democratic Freedom Party, Shabbir Ahmed Shah; and prominent leaders such as Yasin Malik, Masarat Alam Bhat, Mohammad Ashraf Sehraie and others. They have been languishing under squalid conditions in the midst of the Covid-19 pandemic in infamous Tihar and other jails.

He said these Kashmiri leaders have been illegally arrested over malicious, false and fabricated charges by the Indian Government through invoking draconian laws promulgated in Indian Illegally Occupied Jammu and Kashmir.

The Spokesperson said imprisonment and torturing of Kashmiri leaders on the basis of their political ideology and struggle against illegal Indian occupation is a true reflection of the extremist mindset of the RSS-BJP regime which has no respect for the human rights of the Kashmiri people.

Zahid Hafeez Chaudhri said that Pakistan calls upon the international community, particularly the United Nations, International Committee of the Red Cross and human rights and humanitarian organizations, to take notice of the Indian government's inhuman treatment of the Kashmiri leaders and raise its voice for their immediate release from illegal Indian detention.