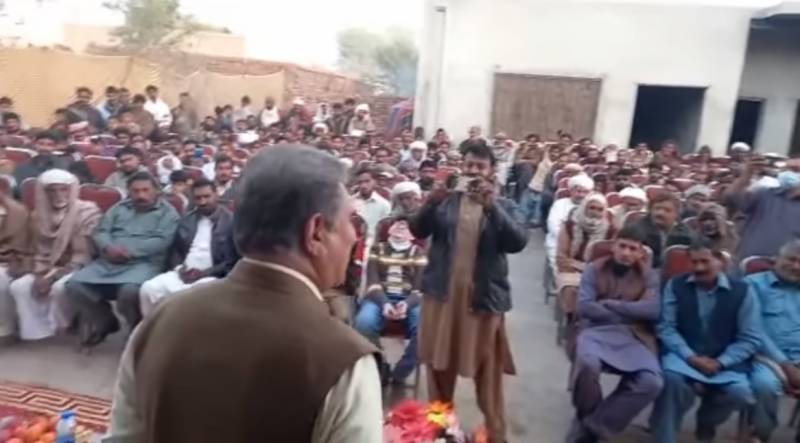 Foreign Minister Shah Mahmood Qureshi says India is conspiring to destabilize Pakistan, but it will not succeed in its nefarious designs, as the government is taking diplomatic steps to foil the conspiracies.

Addressing a ceremony in Multan, he said the government has solid evidences of Indian involvement in patronizing terrorists and banned organizations to create unrest in Pakistan.

The Foreign Minister said the international community has already been informed about Indian involvement in terrorist activities in Pakistan by sharing dossier in this regard last month.

He said the Disinfo Lab has also exposed India's conspiracies against Pakistan.

He said due to inhuman measures by Modi's government, voices are also being heard against the fascist regime from inside India.

He said India's nefarious designs can create law and order situation in the region and its consequence would be disastrous.