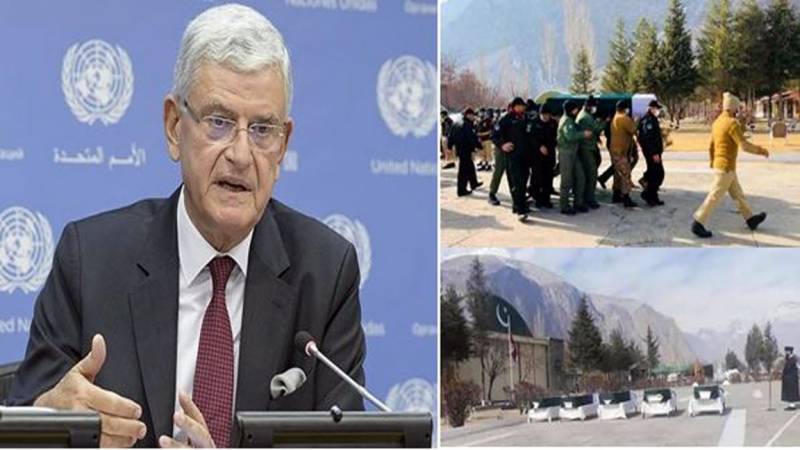 President of the UN General Assembly Volkan Bozkir has condemned the terrorist attack in Harnai area of Balochistan province.

In a tweet, he expressed his condolences to the people and government of Pakistan over the sad incident in which seven brave soldiers were martyred yesterday.

Meanwhile, acknowledging the condolence of Volkan Bozkir, Pakistan's Permanent Representative to the United Nations, Munir Akram said Pakistan has paid a heavy price in blood and treasure in the fight against externally sponsored terrorism.

He said despite these losses our resolve to defeat terrorism remains unwavering.