Opposition Parties take important decision over the by elections across country
28 Dec, 2020 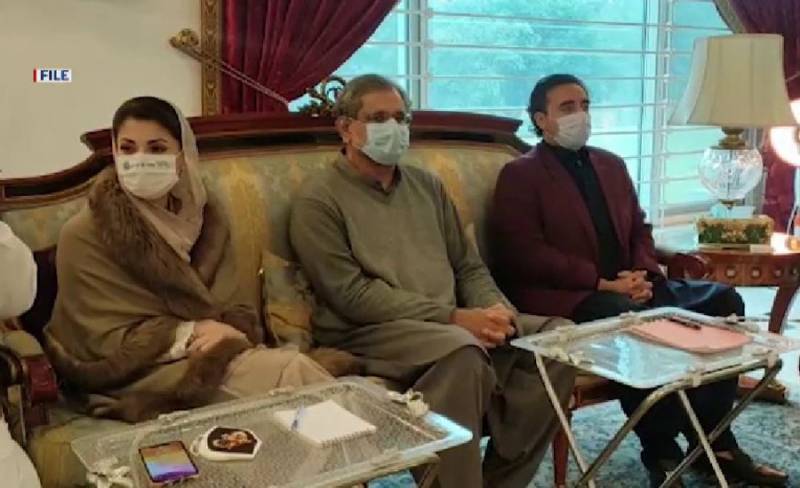 NAUDERO – The opposition parties agreed on participation in the by-elections; however, the final decision in this regard will be made in a meeting on January 1.

The decision was made during a meeting of the Pakistan Democratic Movement (PDM) leaders held to discuss the matters pertaining to resignations and long march at Naudero on Monday. The PDM leaders agreed to not indulge in political confrontation.

PML-N vice-president Maryam Nawaz and PPP chairman Bilawal Bhutto also attended the meeting. Meanwhile, the PPP has summoned a meeting to review political matters, including dissolution of the Sindh Assembly.

On the other hand, PML-N vice-president Maryam Nawaz offered Fateha at the grave of PPP chairperson Benazir Bhutto.

Sources said that the PPP leaders were hopeful of achieving the desired results before the long march. A meeting of the PPP consultative council will be held in Karachi on December 29.

The PDM decisions will be reviewed in a meeting of the PPP CEC.