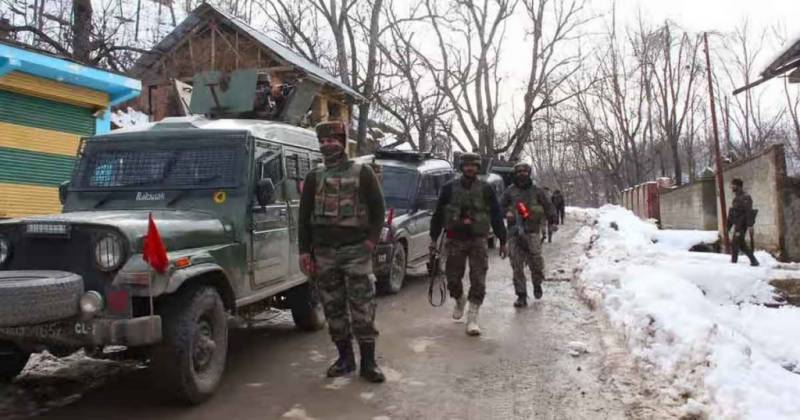 In Indian Illegally Occupied Jammu and Kashmir, local police have confirmed that an Indian army officer along with his two associates planted weapons on the bodies of three Kashmiri youth after killing them in a fake encounter in Shopian district in July, this year, to portray them as Pakistani militants.

According to Kashmir Media Service, the police in its findings said that Indian Army Captain Bupinder Singh planted the weapons on the bodies of the martyred labourers from Rajouri.

Kashmir police’s statement issued in Srinagar after its probe has exposed the Indian Army’s conspiracy against the local youth and the freedom movement.

The bodies were hurriedly buried in a remote border area.

The police said that Captain Bupinder Singh has been charged with murder, conspiracy and other offences.

Meanwhile, Sahar Shabbir, daughter of incarcerated senior APHC leader, Sbabbir Ahmad Shah has criticized the international community for being silent over the detention of her father in different Indian jails during the past 33 years.

In a video message, she said that Shabbir Ahmad Shah and other Kashmiri political prisoners have been languishing in jails for raising their voice for the Kashmiris’ right to self-determination.

The Jammu and Kashmir Freedom Front and Jammu and Kashmir Mass Movement in their separate statements in Srinagar said, the Modi regime wants to forcibly occupy Kashmiris' lands and settle non-Kashmiris in the occupied territory.

They said that the Indian government is using its notorious National Investigation Agency to discredit Hurriyat leadership and the freedom movement.