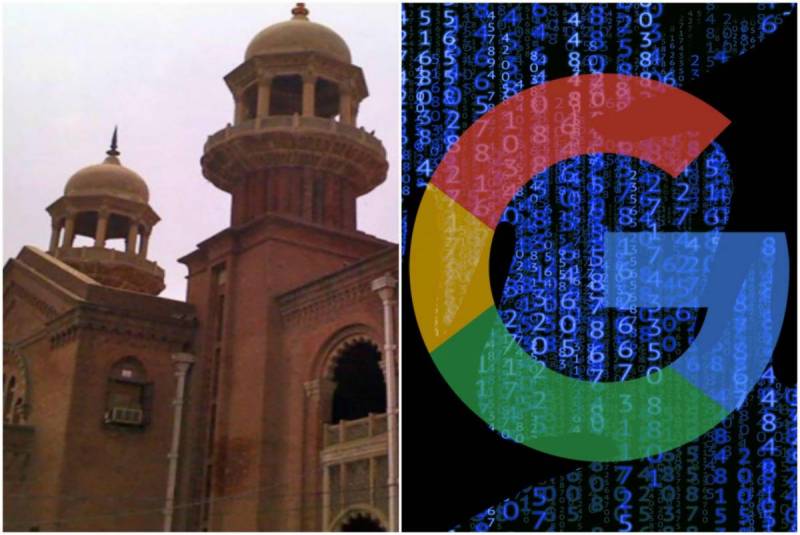 LAHORE – On a petition seeking removal of offensive content from the internet, Lahore High Court on Monday tells Federal Investigation Agency to file a case against Google.

During the hearing, Justice Qasim Khan said, you should file a case against Google if you can.

He asked if someone is sitting abroad and spreading offensive content, what the Federal Investigators can do. He was informed by the government’s lawyer that the FIA is investigating these cases.

Justice Qasim said, what kind of*riyasat-e-Madina* are we that we can’t even fulfil our basic requirements. He said that we should have a wing to check and remove offensive content.

The authorities can either block the entire system or say that it won’t do anything, he added.

He asked whether a case can even be lodged against Google. If you have the authority, then file a case.

The court summoned DG FIA along with other officials on December 30.

Earlier on December 25, Pakistan Telecommunication Authority (PTA) issued notices to Google Inc. and Wikipedia on account of disseminating sacrilegious content through the platforms.