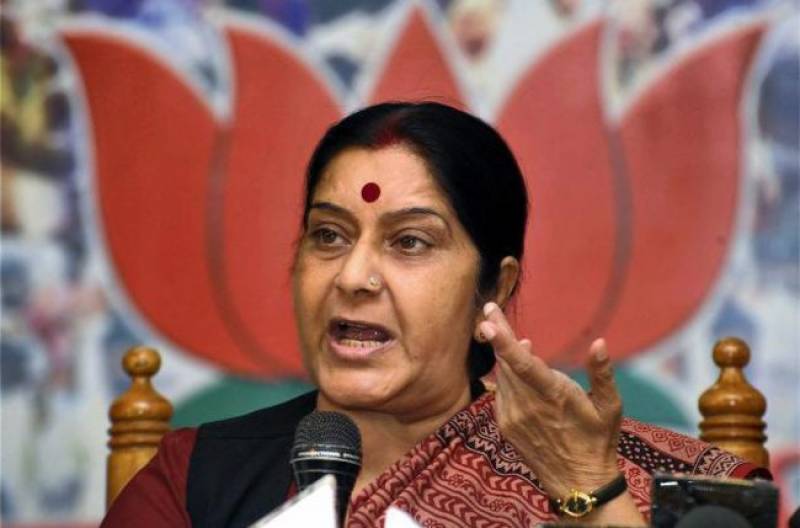 LAHORE: India’s External Affairs Minister Sushma Swaraj on Thursday alleged that Kulbhushan Jadhav made confessions to his family during their visit only under duress. Hours after the Indian media stated that Jadhav had confessed to his family that he was indeed a spy, Sushma contested the statement saying that Pakistani authorities forced him to say so. The minister also accused Pakistan of using the visit as a propaganda tool and of harassing Jadhav’s family. She said that despite the agreement between two countries, Jadhav’s wife was harassed and heckled at by journalists in Pakistan. She said that Pakistani authorities forced Jadhav’s wife and mother to take off their Mangul Sutars (traditional necklace worn by married Hindu women) under the pretext of security. The minister dismissed as “abusrd” Pakistan’s claim that a chip was planted in Jadhav’s wife’s shoes. Swaraj also accused Pakistan of not respecting cultural sensitivities, saying Jadhav’s mother was forced to change her dress — from the sari to shalwar kameez. She added that Pakistani officials did not let the mother and son talk in their mother tongue Marathi, even though it was ‘their first meeting in 22 months’.