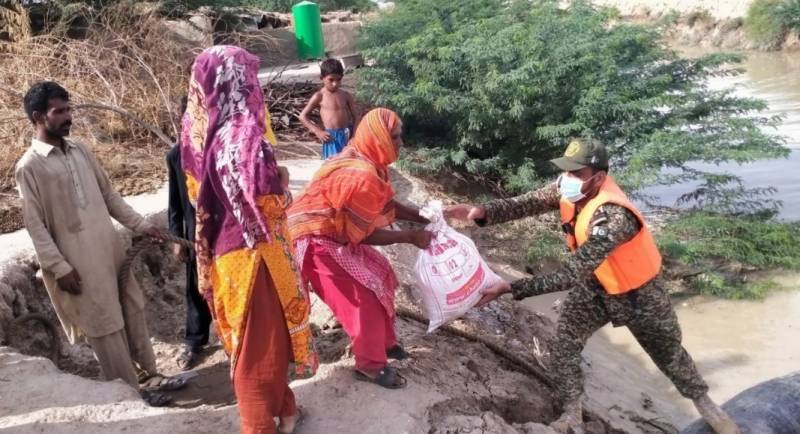 President Ebrahim Raisi and President Erdogan conveyed solidarity with Pakistan and assured all out support in relief assistance in all areas affected from heavy floods and rains.

The prime minister thanked President Raisi and President Erdogan for their sympathies on the flood situation and stressed that Pakistan had been enduring severe monsoon weather since mid-June.

Shehbaz Sharif underlined that the humanitarian situation is being compounded by drastic impact to infrastructure including roads and bridges which is impeding both passage of people to safer locations and delivery of aid.

Highlighting the government's efforts in this regard, Shehbaz shared that Pakistan had prepared a "UN Flash Appeal" which would be launched on Tuesday.

The prime minister expressed the hope that international community would contribute towards meeting the funding requirements of the Flash Appeal.

In the bilateral context, Shehbaz Sharif reaffirmed commitment to boost relations in all areas. He also conveyed appreciation for Turkey and Iran's steadfast support to the people of Jammu and Kashmir.

Separately, Canadian Prime Minister Justin Trudeau has said that his country is providing support to Pakistan through United Nations Central Emergency Response Fund and Red Cross Canada to provide food, clean water and other essential services as quickly as possible.

In a tweet, he said like many other Canadians, he is also thinking of everyone, affected by devastated flooding in Pakistan.

Meanwhile, the Canadian Foreign Minister, Melanie Joly, in a Tweet message, also expressed her deep concerns about the flood situation saying that we will continue to support the people of Pakistan.

She said the images of floods in Pakistan are absolutely heart-breaking.