Pope Francis calls for aid to the flood effected people of Pakistan
28 Aug, 2022 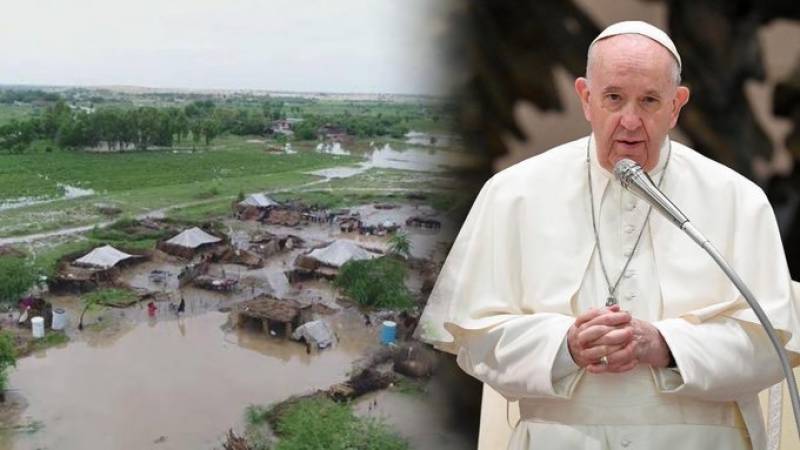 VATICAN CITY – Pope Francis, the head of the Catholic Church and sovereign of the Vatican City, urged the international community to help Pakistan as tens of thousands are currently at the mercy of the rainy season, which wreaked havoc across the country.

Pope urged aid during his visit to the city of L’Aquila in central Italy. He appealed for prompt and generous international solidarity and said he was praying for the victims.

Many countries including the UK, US, UAE, Iran, and Turkiye stepped up efforts for the provision of humanitarian aid for the flood-ravaged country.

Earlier in the day, Prime Minister Shehbaz Sharif announced a grant of 10bn rupees for those in the most affected regions. Every flood-affected family would be given 25,000 rupees.