Over 100 people booked under terrorism charges during PM Shahbaz visit to Sukkhur
28 Aug, 2022 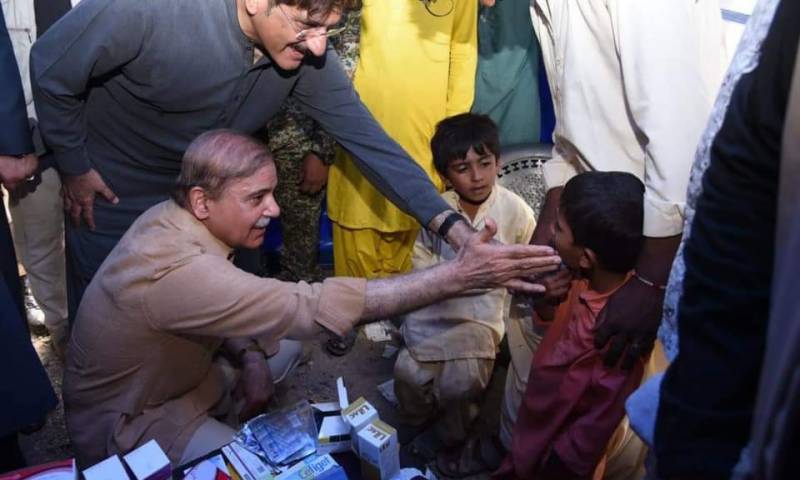 SUKKUR – The Sukkur police registered an FIR on terrorism charges against over 100 unidentified persons for allegedly attacking police personnel, pelting vehicles with stones and inciting flood victims outside a relief camp during the visit of Prime Minister Shehbaz Sharif and Foreign Minister Bilawal Bhutto on Friday.

PM Shehbaz along with Bilawal, Sindh Chief Minister Murad Ali Shah and other ministers visited Sukkur district to assess the flood situation and interacted with displaced families in the relief camps.

During his visit to a camp set up near BA College, rain-affected families from different areas blocked some roads against the administration’s failure to drain out stagnant rainwater.

According to a police spokesperson, when officials were discharging their duty outside the camp, some rioters, including women, blocked the main road, creating a law and order situation and inciting the flood-affected families against the officials.

“We have lodged a case under Anti-Terrorism Act against the miscreants,” the spokesperson said.

He warned that no one would be allowed to take law into their hands and disturb peace at this crucial time.

On the other hand, several flood-hit families said that police have lodged a “fake” FIR against the protesters, who only wanted to meet the prime minister and foreign minister to bring to their notice that they had not been provided relief material such as food, tents, mosquito nets, beds and other resources.