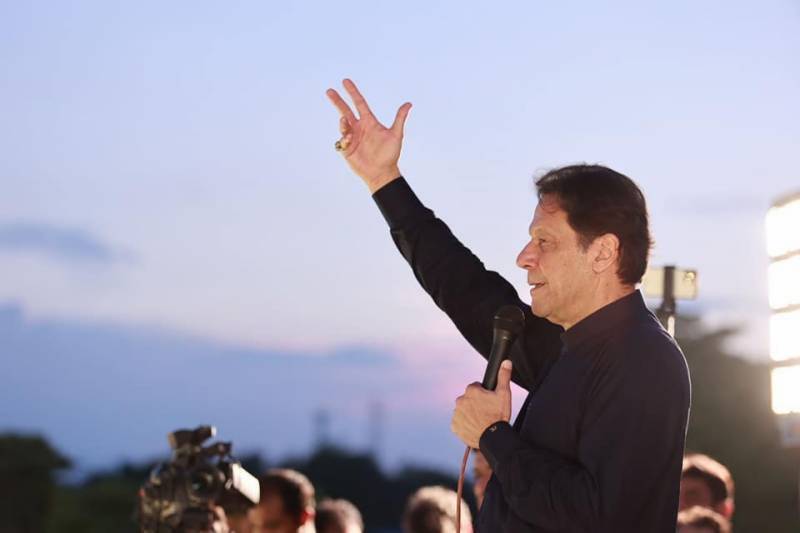 JHELUM — Ousted prime minister Imran Khan on Saturday advised Prime Minister Shehbaz Sharif to talk to the IMF head and seek concessions for Pakistan as the country has been devastated by super floods.

Khan, who is also chairman of the Pakistan Tehreek-e-Insaf (PTI), said the Shehbaz government was warned of floods a month ago, but it did not take any preventive measures. He said the Shehbaz government was now showing concern for the flood victims, but at the same time it was victimising PTI leaders and putting them behind the bars. When the PTI was in power, he said, his government even asked offered to provide food to the opposition parties that wanted to march on Islamabad.

Earlier, Khan announced he would host a telethon to raise funds for the flood victims.

Taking to Twitter, Khan wrote, "Our senior ldrshp met & we decided I wld do international telethon to raise funds for flood affectees on Monday night. Imran Tigers will be activated to volunteer for relief work. A comm under Sania Nishtar wiĺl be set up to identify & coordinate funds allocation based on needs.

"Let me make clear that our movement for Haqeeqi Azadi will continue alongside our flood relief work."