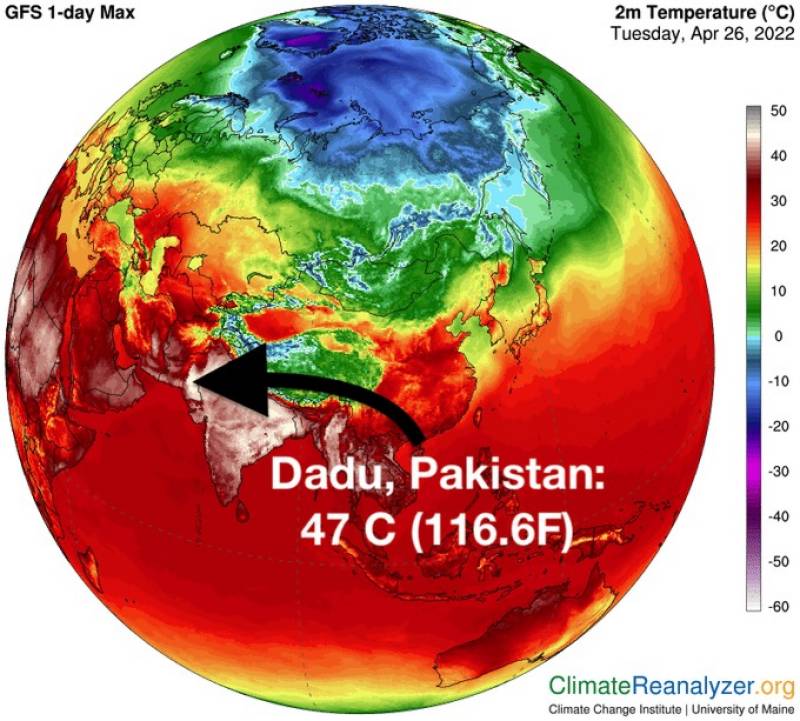 Several bordering cities of Pakistan and India are facing an unprecedented heatwave, with record-breaking April temperatures expected to touch 50 degrees Celsius in the coming days.

The extreme temperatures not only pose serious threats to the health of millions of people but the harvest of wheat in the region as well.

According to the Indian Meteorological Department, this week, a heat dome, similar to the one that sent temperatures soaring over the Pacific Northwest last year, has formed over the region.

Pakistan, on Tuesday, was hotter than half of the world with Dadu, the 11th largest city in the Sindh province, experiencing 47 degrees Celsius.

The city witnessed its hottest temperature in the Northern Hemisphere so far in 2022 as a result of the heatwave, which according to the US Storm Watch (USW), is intensifying in bordering countries.