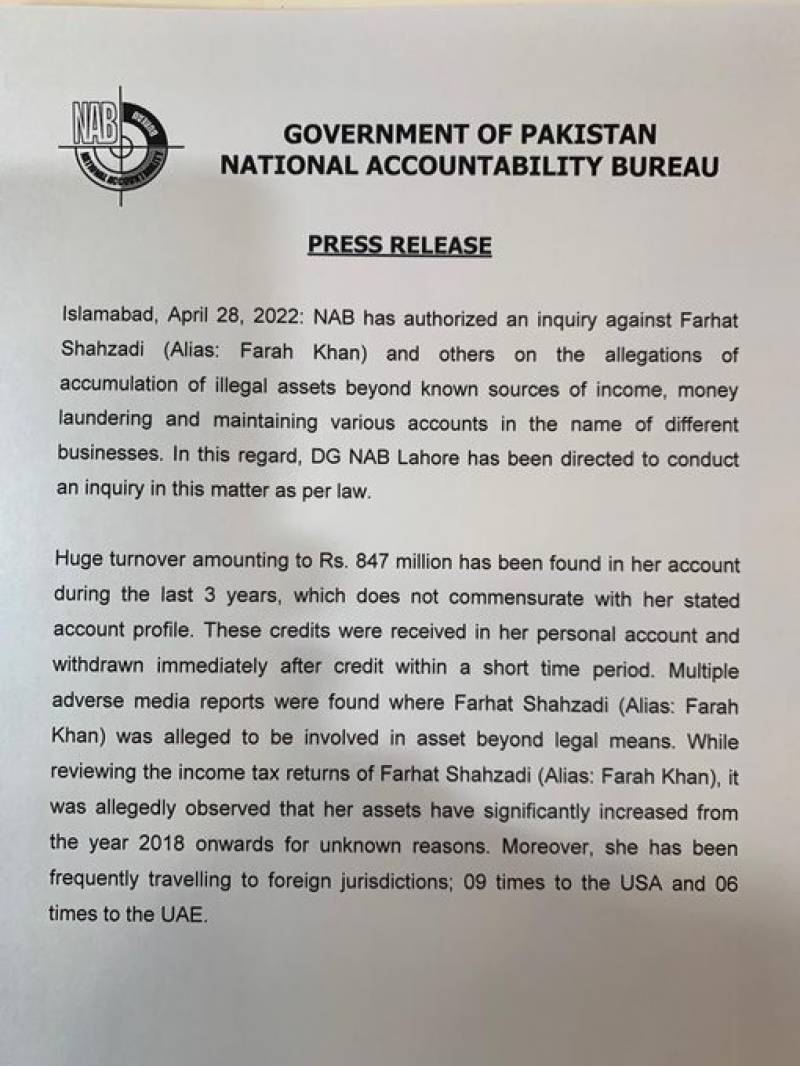 In a press statement, the anti-graft watchdog has directed DG NAB Lahore to conduct an inquiry against Farhat Shahzadi alias Farah Khan, a close friend of former prime minister’s wife Bushra Bibi, over allegations of illegal assets beyond known sources of income, money laundering and maintaining various accounts in the name of different businesses.

“Huge turnover amounting to Rs847 million has been found in Farah’s account during last three years, which does not commensurate with her stated account profile,” the anti-corruption body said in a press release and added that these credits were received in Farah Khan’s person account and withdrawn immediately within a short time period.

The NAB further said: “While reviewing the income tax returns of Farhat Shahzadi, it was allegedly observed that her assets have significantly increased form the year 2018 onwards for unknown reasons.”

Earlier, Farah Khan has denied allegations against her, saying she never interfered in the governmental affairs, days after the opposition blamed her for having a role in transfer and postings in the Punjab province.

The clarification from Farah Khan, who is considered close to former first lady Bushra Bibi, came after members from opposition parties and estranged PTI leader Aleem Khan blamed that she used to play her role in transfer of officials in the Punjab province.