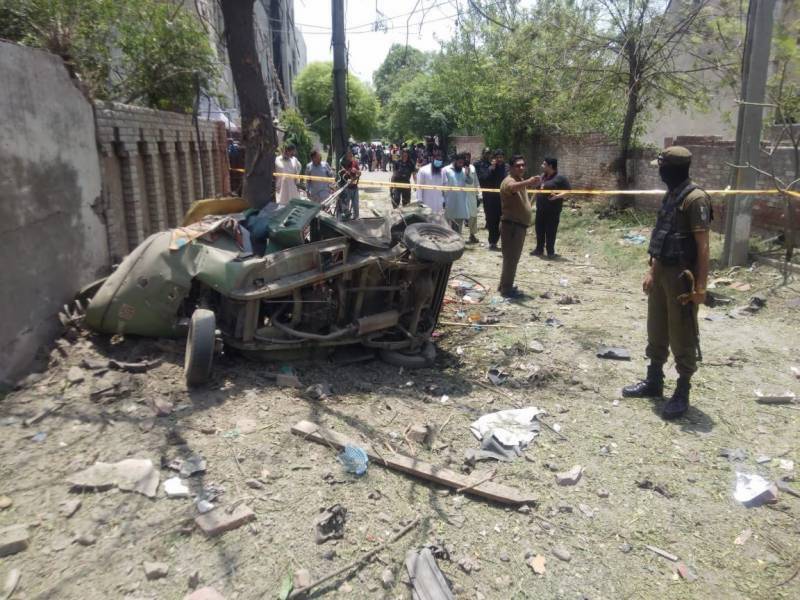 QUETTA – The Counter-Terrorism Department officials say they have apprehended the mastermind of the blast outside the house of JuD chief Hafiz Saeed during an operation conducted in Balochistan.

At least three people were killed while more than a dozen suffered injuries after a powerful blast near the residence of Hafiz Saeed in July 2021.

Inspector General CTD and DIG Operations Punjab confirmed the development during a presser, saying the mastermind of the terror incident, Sami-ul-Haq, and his facilitator Uzair Akbar were detained from Kundi Checkpost, Quetta.

They were returning to Pakistan after crossing the border when the security officials nabbed them. Cash and laptops were also recovered from their possession.

Samiul Haq, who belonged to a banned outfit, is told to be the brain behind the blast while Uzair Akbar provided logistical support for the attack.