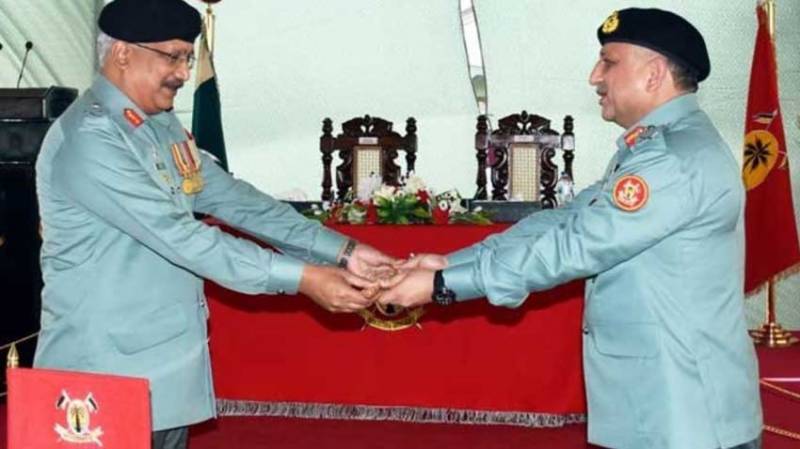 A ceremony to this effect was held at Rangers Headquarters, where Major General Muhammad Saeed handed over the charge of Director General to Major General Omar Ahmed Bukhari.