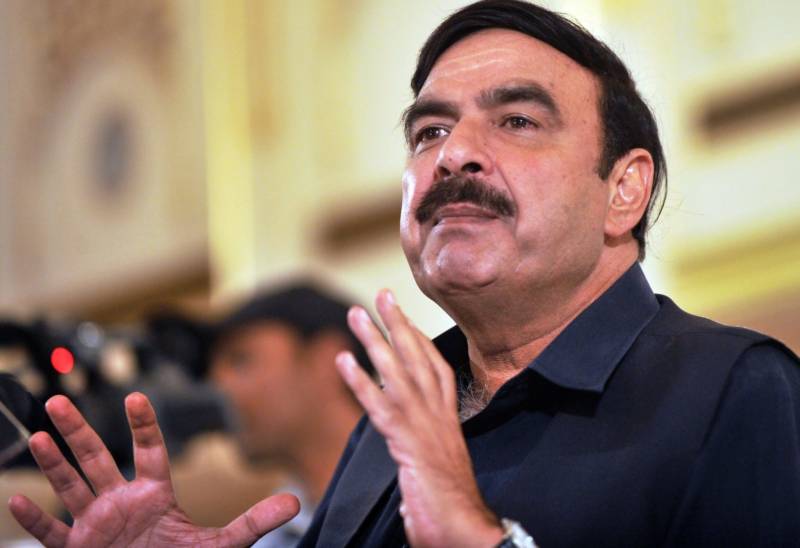 RAWALPINDI – Sheikh Rasheed said on Friday that real faces behind Dawn Leaks were rescued in the commission report.

He told that secret meeting with Indian businessman Sajjan Jindal was not appropriate.

The Awami Muslim League (AML) Chief held a media talk today. He declared that Prime Minister Nawaz Sharif had been disqualified after Panama case verdict, adding that he was given an eight-day ultimatum.

He suggested that it was inappropriate of PM Nawaz to meet Indian businessman Sajjan Jindal secretly in Murree.

While addressing at the PTI Islamabad rally later on, Sheikh Rasheed chanted ‘Go Nawaz Go’ slogans. He said that under Imran Khan’s leadership, they will take drastic measures to achieve their aims.