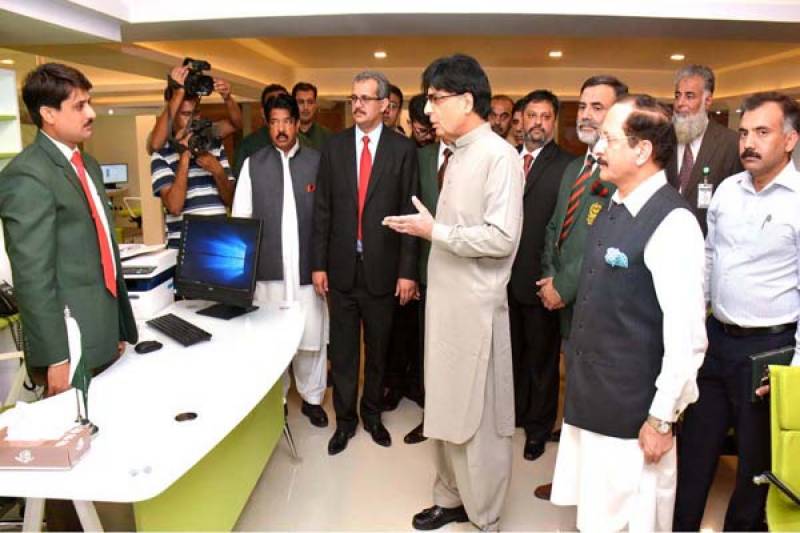 Talking to media, after inaugurating NADRA Mega Center at Defence Housing Authority area, he said a total of 350,000 NICs, with varied degrees of discrepancies, were registered had been issued across the country.

"One hundred and seventy two thousand of these were promptly canceled," he said mentioning that needed procedure was underway to ascertain exact status of the remaining cards.

The Interior Minister said stringent action had already been taken against more than 600 NADRA employees found guilty of negligence or facilitating in any manner the unscrupulous elements.

Chaudhri Nasir Ali Khan said that he on Friday opened two of the Mega Centers of NADRA in Karachi and third of the same category would be inaugurated by end of May in SITE area of the metropolis.

The state of the art facilities for the citizens would be available, he said emphasizing that equal attention would also be paid to ensure that public friendly and courteous attitude is necessarily adopted by NADRA staffers.

"Otherwise the entire exercise would be almost futile as buildings hold no meaning in themselves," he remarked.

Federal Interior Minister said NADRA Chairman had been directed also to establish complaint counter and desks of appreciation in these centers - enabling people to not only register their grievances but also service satisfaction.

Chaudhri Nisar Ali on a two-day visit to Karachi will have series of meetings with officials of different law enforcing agencies, Sindh government authorities as well as provincial leadership of PML(N). (APP)