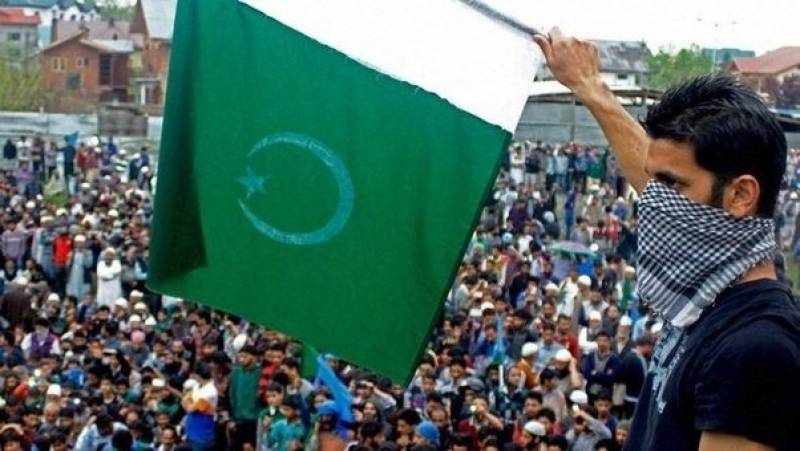 SRINAGAR: An unprecedented ban on Whatsapp, Facebook and Twitter in Indian-held Kashmir has highlighted social media’s role in energising an uprising that has roiled the disputed Himalayan region for decades.

Authorities in the valley this week ordered internet service providers to block 15 social media services for at least one month, saying they were being misused by “anti-national and anti-social elements”.

The move followed an upsurge in violence in the region, where authorities say social media are being used to mobilise stone-throwing protesters behind increasingly frequent civilian attacks on Indian forces.

Anti-India sentiment runs deep in the predominantly Muslim Kashmir valley, where most people favour independence or a merger with Pakistan.

One senior police officer said the power of social media to mobilise large groups of civilians was worrying the security forces.

Separatist groups have been fighting Indian forces in Kashmir for decades. But the violent civilian protests, which often mobilise around the operations conducted by Indian forces, are a relatively new phenomenon.

Authorities already frequently blocks mobile internet services in the volatile Kashmir valley, but it is the first time they have banned specific social media services.

The Kashmir valley has been tense since April 9, when eight people were killed by police and paramilitaries during election day violence. Since then, students angered by a police attempt to detain Kashmiri protest leaders on college grounds have held regular demonstrations, frequently clashing with police.

Kashmir’s tech-savvy young – 70 per cent of the population is under 35 – have increasingly turned to social media to express their anger as well as to mobilise demonstrations.

“If they (authorities in Kashmir) take away our means of communication and protest we will keep finding new ones,” said Asim, a university student who gave only his first name.

Young Kashmiris have also used their mobile phones to record videos of killings and other rights abuses by government forces and upload them on Youtube.

One video circulated online this month depicted a Kashmiri man tied to the front of an army jeep, apparently as a human shield against stone-throwing protesters.

Indian police took the rare step of registering a criminal case after the footage went viral, sparking outrage in India. But no arrests have yet been made and India’s Attorney General Mukul Rohtagi even appeared to support the use of a human shield, saying “if it has to be done again, it should be done again”.

Another video showed an Indian paramilitary soldier being heckled and slapped by protesters outside a polling station.

But security expert Ajai Shukla said banning social media was “unlikely to control or diffuse the situation”. “It is at best a temporary solution, but also means shooting the messenger,” he said.

“It indicates poor security management. Politically it is a double disadvantage and from a strategic and technical (military) operations point of view it achieves nothing.”

Kashmir’s uprising has significantly weakened since its peak in the 1990s. But dozens of Kashmiri youths have joined its ranks since last July, when security forces killed the popular young leader Burhan Wani.

The death of the charismatic separatist leader – himself a social media sensation who regularly uploaded video messages – also sparked a wave of popular protest.

More than 100 people died and thousands more were injured in clashes between protesters and Indian forces last year, the worst violence to hit the Himalayan region since 2010.

One student activist said the ban on social media would remove one of the few remaining outlets for peaceful protest in Kashmir.

“Social media is our media, everyone’s media. We’re in it to show the world what is done to us generation after generation,” said the activist, who asked not to be named.

“Indian politicians and media misrepresent us. This has to end. How else do we protest without being called terrorists?”