Karachi Operation will continue till its logical conclusion: Nisar
28 Apr, 2017 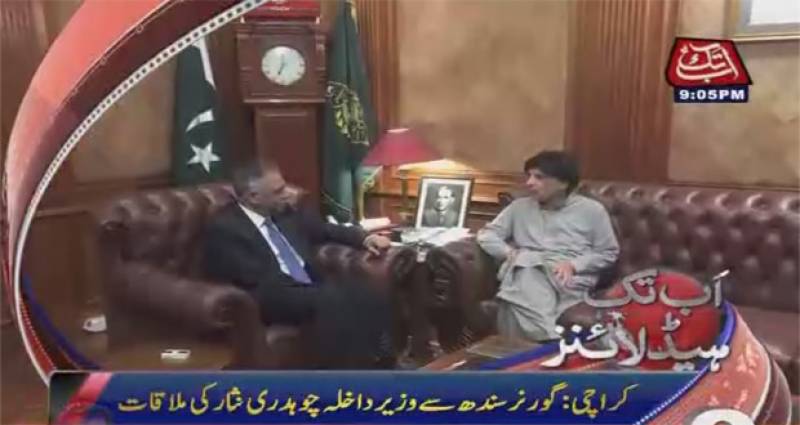 The overall law and order situation in the province including the on-going operation came under discussion at the meeting held at Governor house, said a statement.

It was further resolved that all resources would be utilized for elimination of all sorts of crimes from the province.

It was also agreed that the law and order would guarantee progress, prosperity and development in the province.

The Governor and the Interior Minister were of the consensus that the law enforcement agencies (LEAs) rendered immense sacrifices for the maintenance of law and order in Karachi and that these sacrifices would not be allowed to go in vain.

These organizations would be extended all the legal and constitutional facilities so that they could continue their work without any pressure.

It was pointed out that the Karachiites had appreciated the contributions of Rangers for the restoration of peace.

The Governor said the law and order in Karachi was improving and as a result, the economic, social, cultural and political activities were being held in an active manner.

There was an increase in the foreign investment and the private sector was playing an active role thus job opportunities were being created. (APP)