With over 100 'Nukes' on both sides, Pakistan and India spiralling into a nuclear war dramatically: International media Report
27 Sep, 2019 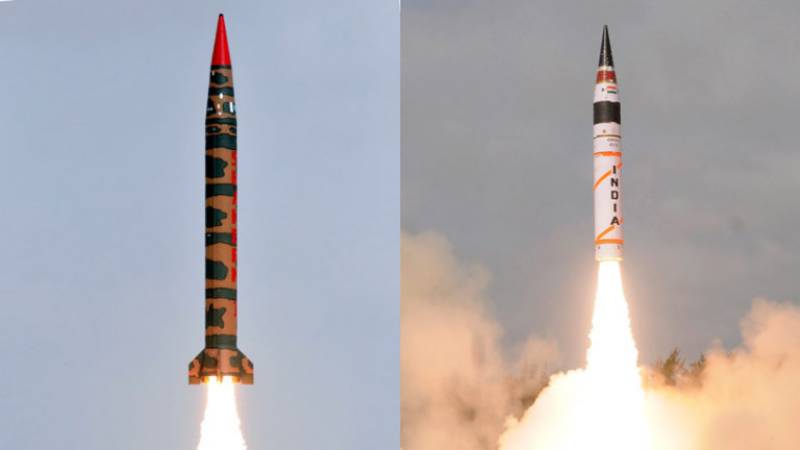 ISLAMABAD - Hidden by the Ukraine-impeachment melee, tensions between India and Pakistan are ratcheting up dramatically.

A now-critical disagreement over Kashmir, backed by more than 100 nuclear weapons on each side, is coming to a critical point. On Friday, millions of Pakistanis are expected to take to the streets in protest against India's recent assertion of federal control over Jammu and Kashmir. Taking effect on Oct. 31, that control will end the region's special administrative status under Indian law. This has infuriated the region's predominantly Muslim population.

It has also infuriated Pakistan, which sees itself as the protector of Jammu and Kashmir residents. Pakistani Prime Minister Imran Khan has authorized link protests on Friday, supported by emotive Twitter hashtags such as #HumansofKashmir and #ChildrenunderSeige. But Khan is also warning that any bloodshed might lead to war. His specific concern takes root in the possibility of violence breaking out between Kashmir residents and Indian security forces.

But other Pakistani politicians are taking a much harsher stance. As Reuters notes link, the risk is that some protesters may storm the line of control separating Indian and Pakistani administrative areas. One senior figure pledged, "We are preparing people, emotionally, and collectively we will be ready to fight on 27th September."

While Khan and the Pakistani Army oppose storming actions, their resistance will only count for so much. The army, after all, is unlikely to fire on unarmed protesters. Moreover, Pakistani Islamist parties sense a political opportunity to mobilize and grow their own bases by appropriating the nationalist emotion that flows with general Pakistani sentiment toward Jammu and Kashmir. While these parties form a relatively small component link of the Pakistani political scene, they are skilled at manipulating public anger and defined by hostility toward India. Their sentiment matches to the hypersensitivity with which Kashmir is viewed in Salafi-Jihadist ideology, recruitment, and operational efforts.

Meanwhile, India seems in no mood to give ground. Indian Prime Minister Narendra Modi was recently reelected with a hawkish nationalist majority, and he'll be reluctant link to show weakness against any destabilizing Pakistani actions in Kashmir. Whether in the form of protests or terrorist attacks link, those actions are now highly likely.

The underlying concern, then, is that one incident or violence leads to an escalatory spiral that neither New Delhi nor Islamabad can effectively corral. International mediation here is crucial. Possessing good relations with both Indian Prime Minister Narendra Modi link and Imran Khan link, President Trump should take the lead here, Washington Examiner has reported.