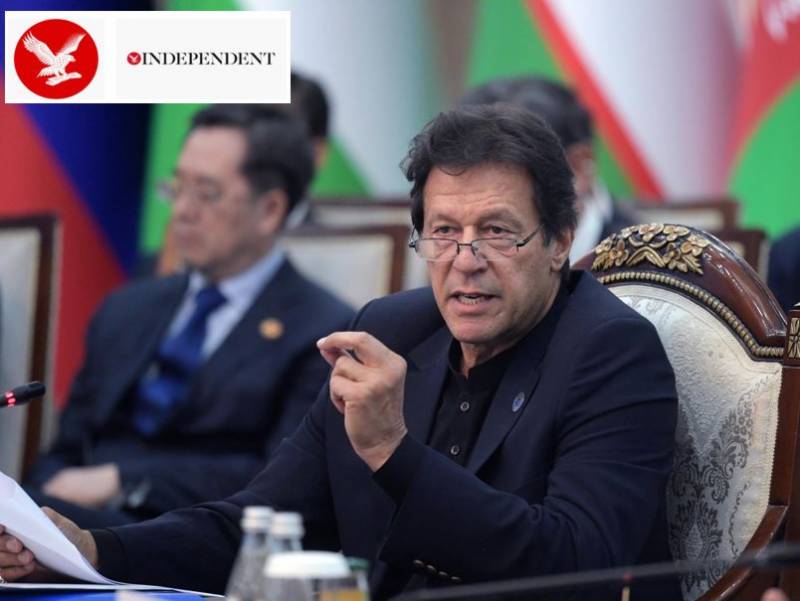 ISLAMABAD - British online newspaper The Independent says after a year of Imran Khan in power as Prime Minister, Pakistan is finally stepping into its role as a world player.

In an analytical piece, the newspaper said what Imran Khan is trying to implement is a wholesale reform that steers the country towards an inclusive political and economic system.

For Pakistan's economy, the inherited legacy of debt and deficits has created immediate issues of economic growth. But now, investment in exports is on the rise and entrepreneurs have begun setting up businesses based on import substitution. The technology eco-system in Pakistan is belatedly but ultimately coming into place. An ambitious task of bringing more people into the tax net is reaping dividends, with a 65 per cent increase in tax filers over the last year.

The piece adds that on the international stage, Imran Khan's leadership style is a departure from his predecessors. Recognition prior to politics, coupled with the promise of "incorruptibility", signal his diplomatic stature.

Incidents such as Pulwama, followed by the Kashmir crisis, put Imran Khan's diplomatic headship to instant test and both times, he scored. Requests for him to serve as an honest broker to mediate between the US-Afghanistan and US-Iran evidences the same confidence.

Pakistan has surfaced as a responsible global player; a harbinger of peace with its narrative ubiquitously conveyed. The message to world leaders is loud and clear that Pakistan is active, engaged, relevant and responsible.