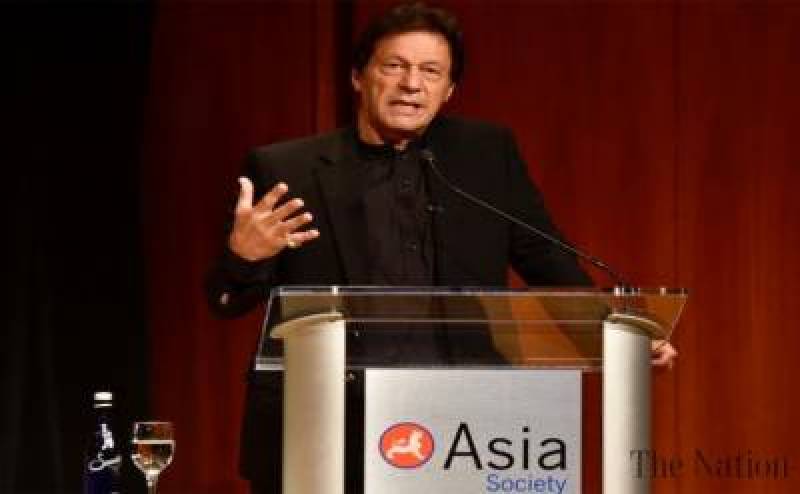 Prime Minister Imran Khan has asked the United Nations Security Council and other International fora to take serious action against illegall and unilateral steps taken by India in occupied Kashmir to avoid any human tragedy.

While addressing Asia Society in New York, Prime Minister Khan said over 8 million Kashmiris have been detained by Indian occupation forces in the held valley since last 53 days.

He stressed that curfew should be lifted as soon as possible.

Commenting on the dialogue on Kashmir with India, the Prime Minister said his government has tried several times to negotiate with BJP government but dialogue process with India cannot be resumed unless curfew is lifted from occupied Kashmir valley.

The future of the Kashmir should be decided according to aspiration of Kashmiris and as promised by United Nations Security Council through its resolutions, he stated.