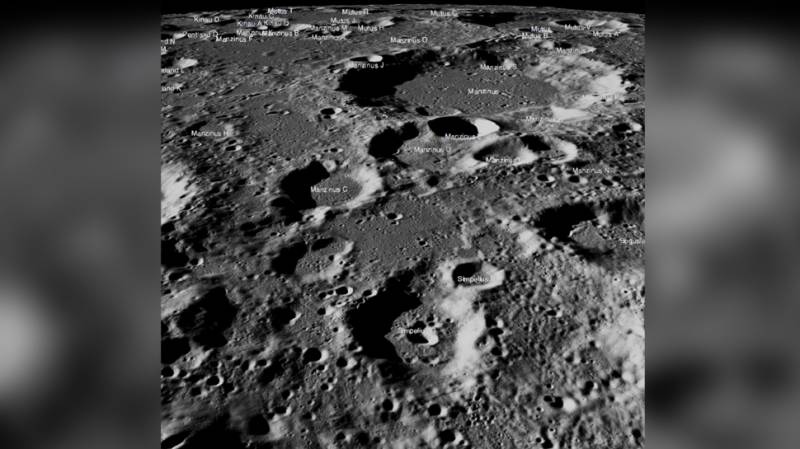 WASHINGTON - The National Aeronautics and Space Administration (NASA) has exposed Indian ISRO lies over the Moon Lander and said it is unable to locate the Indian Moon Mission lander.

NASA informed that the Vikram lander of Chandrayaan-2 location is yet to be determined and as yet it has not been traced.

NASA said that lander attempted a soft landing on September 7 on a small patch of lunar highland smooth plains between Simpelius N and Manzinus C craters. A Lunar Reconnaissance Orbiter Camera (LROC) Quickmap fly-around captured a targeted landing site image with a width of about 150 kilometres across the centre.

The Lunar Reconnaissance Orbiter (LRO) passed over the landing site on September 17 and acquired a set of high-resolution images of the area but so far the LROC team has not been able to locate or image the lander, added the NASA.

It was dusk when the landing area was imaged and thus large shadows covered much of the terrain, asserted the space programme agency. The lighting will be favourable when LRO passes over the site in October and once again attempts to locate and image the lander.