In Kashmir, Modi is failing both Hindu and Muslims: Foreign Policy Magazine
27 Sep, 2019 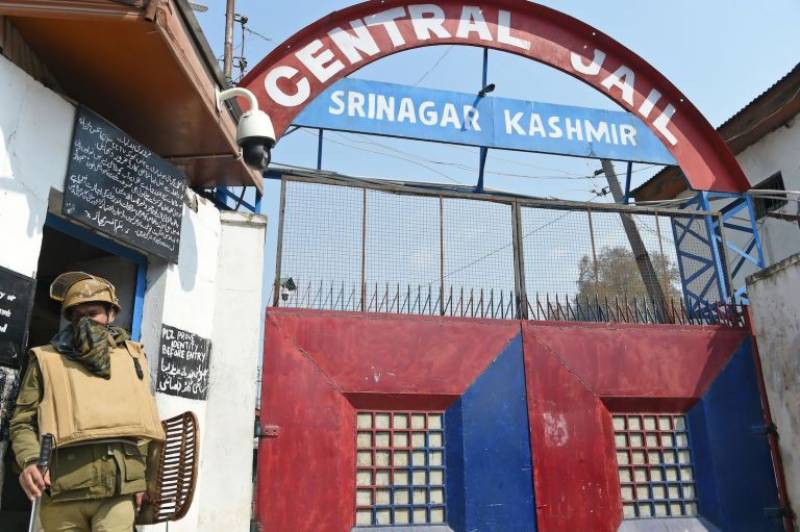 ISLAMABAD - On Sept. 21, before making a speech to tens of thousands of members of the Indian diaspora in Houston, Prime Minister Narendra Modi met separately link with a small assembly of Kashmiris. This group—the so-called Kashmiri Pandits—was originally part of a Hindu minority in India’s Muslim-dominated Kashmir Valley, but in 1990, an estimated 350,000 link of them were driven out of their homes by Islamist extremists. The Houston meeting was marked with applause, photo-ops, and a deep expression of gratitude to Modi for his government’s recent decision to revoke the special status link of the northern Indian state of Jammu and Kashmir.

As Modi met the group, he told link them in Hindi: “*Mein laga hua hun*,” which translates to “I am at it.” Modi was reiterating the long-held promise of his Hindu nationalist Bharatiya Janata Party (BJP) to facilitate the return of the Pandits. But the continued lockdown and communication blackout imposed in the valley since Aug. 5 is fueling anger among the local Kashmiri Muslim population. The jingoistic coverage of Kashmir on mainstream television debates in India and extreme narratives on social media are creating an impression that the revocation amounts to revenge exacted by New Delhi for the brutalization of the Pandits. Put together, the current political circumstances are creating a deeper wedge between Hindus and Muslims in Kashmir. The result is that the return of the Pandits remains a distant dream—and the hope for peace elusive in a region that has been a flash point between India and Pakistan for more than seven decades. ------------------------------

It’s important to remember the history of the Pandits. In 1990, about 700 link of them, including women and children, were killed by Islamist extremists. By virtue of their religion, these Pandits were considered an impediment to the idea of an independent Kashmir, which very quickly became a euphemism for a merger with Muslim-majority Pakistan. Across Kashmir, hit lists of Pandits were issued by militant organizations like the Jammu Kashmir Liberation Front. From warnings issued in newspapers and through loudspeakers link in mosques, they were asked to leave Kashmir or face punishment. Doctors, engineers, professors, and writers were killed in their houses, offices, or on the streets.

A mass exodus ensued. Families fled for their lives: Their belongings were left behind in their houses, many of which were later torched or appropriated by the extremists. The Pandits sought shelter in refugee camps in the Hindu-dominated Jammu region after traveling 120 miles south of the valley in buses and taxis over many days. Thousands died link from unsanitary conditions, heatstroke, snake bites, and poor health. Even three decades later, the community continues to live in exile. Separated from their land, they are scattered all over the world, struggling to keep alive their history and cultural identity.

Separated from their land, they are scattered all over the world, struggling to keep alive their history and cultural identity.

Even as most Pandits welcomed link the Aug. 5 move to revoke India-administered Kashmir’s autonomy, there is no evidence to suggest that they would see the government’s actions as revenge. Over the last three decades, bonds of personal friendship have remained intact among Kashmiri Muslims and Pandits. There is hardly any Pandit marriage that does not have a Muslim singing troupe specially brought in from Kashmir for a performance. Many Pandits who visit the valley as tourists or pilgrims continue to forge new relationships with the locals.

When Muslims and Pandits meet, they sometimes rue the loss of Kashmir’s natural syncretism, but there is rarely a discussion about how that happened and why the majority failed to save the minority. There is widespread public denial in Kashmir about how the Pandits were forced into exile, despite the fact that Muslim neighbors were found to be complicit link in many Pandit murders.

The ouster of the Pandits was first raised as a political issue by the BJP in 1990. Along with a movement to build a Hindu temple on top of a disputed mosque in Ayodhya, the issue of the Kashmiri Pandits helped the BJP win over Hindu voters in the country’s heartland. In 1992, Modi and a senior BJP leader brought together 50,000 people to hold a unity march culminating with an unfurling of the Indian national flag in the main market square of the city of Srinagar in Kashmir. Though security considerations limited the congregation to only 70 people, the flag was indeed unfurled link at the city’s famous Lal Chowk, or “Red Square.” Implicit in the act was the BJP’s message that Kashmir was an integral part of India and would remain so despite the special status accorded to it by the Indian Constitution.

The promise of facilitating the return of the Kashmiri Pandits and the revocation of the special status of Jammu and Kashmir have remained part of the BJP manifesto in several of the past national elections. Since Modi’s landslide win in 2014, the Pandits have been told link repeatedly that the government will identify land in the valley to create a township to assimilate them. No action link has been taken so far. The BJP has in fact done very little to restore dozens of Hindu temples that were destroyed or vandalized in the valley by Islamist extremists in the immediate aftermath of the Pandit exodus. (The junior Union home minister said link recently that the state will restore 50,000 temples in the valley. The number is highly exaggerated link and serves as evidence of the government’s lack of seriousness on this issue.) A 10th-century idol link of the goddess Durga stolen from one such temple in southern Kashmir had been smuggled to the United States and later sold to a museum in Germany; it was only after protracted effort by Kashmiri Pandits that it was returned to India by German Chancellor Angela Merkel in 2015.

Even when the BJP was running the state government in coalition with a Kashmiri political party between 2015 and 2018, government advertising link to promote Kashmir as a tourist destination failed to highlight the region’s Hindu heritage. And in public speeches made by Modi and other senior BJP leaders after the revocation, there was no mention of Pandits. Modi may say that he is “at it,” but so far there has been no investigation into the killings and other violations faced by the Pandits. In the last few months, two former terrorists, Yasin Malik and Farooq Ahmed Dar, have been arrested link for funding terrorism. Both men are believed to have killed several Pandits. Dar confessed link on national television that he had killed 20 people, most of whom were Pandits, but he has never been tried for those slayings. Barring one case link, there has not been a single conviction in the killings of hundreds of Pandits.

As Kashmiri Pandits fled, Muslims in the valley became increasingly radicalized under the influence link of a Wahhabi strain of Islam. The Pandit exodus also coincided with the shutting down of cinema halls, salons, and the bombing of a prominent coffee house that was a meeting point for writers, poets, and artists. As the Indian government cracked down on militants, ordinary Kashmiris—most of them Muslims—faced the wrath of the security forces. Many innocent locals were tortured in notorious interrogation centers run by Indian forces. Young Kashmiri Muslims born after 1990 have witnessed regular security crackdowns and curfews. They have seen their elders getting humiliated at the hands of the police and the army. They have little experience of a pluralistic Kashmir with a healthy fusion of Hindu and Muslim culture. - Foreign Policy