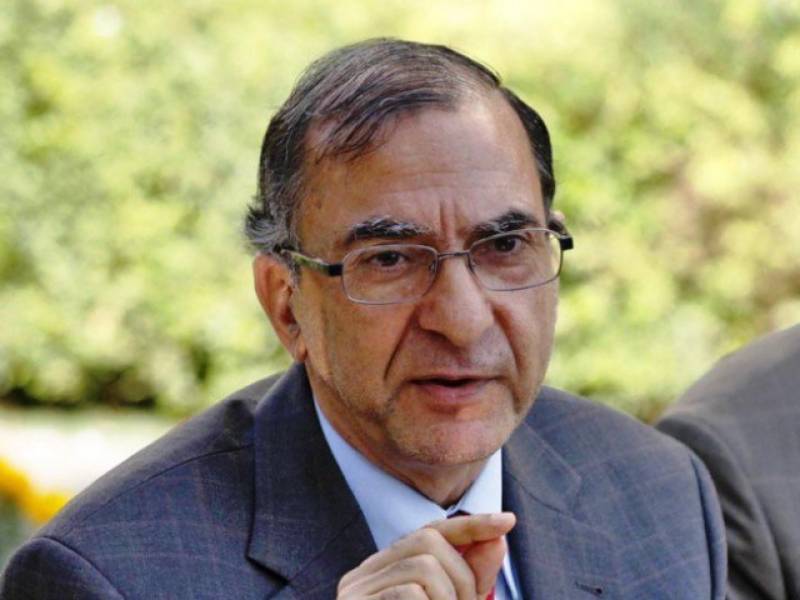 WASHINGTON: India and Pakistan must tone down their rhetoric to create a conducive environment for talks to resolve the long-running Kashmir dispute, a US-based Kashmir leader has said, calling on the United Nations and the world leaders to press upon the nuclear rivals to engage in negotiations.

Dr. Ghulam Nabi Fai, Secretary General, World Kashmir Awareness Forum, told an international conference in Germany that people of Kashmir were heartened to know that foreign ministers of Pakistan and India would meet in New York on the sidelines of the UN meeting for the first high-level meeting in three years.

But an unexpected cancellation by the Indian government erased all their hopes for resumption of talks between the two countries to discuss the Kashmir dispute, Dr. Fai said, according to a statement issued here.

“The history affirms that almost all international conflicts were resolved not in the battlefield but on the negotiating table,” he said and added that leadership of both India and Pakistan must show their statesmanship for the sake of peace and security of the region and the world.

Dr. Fai also appealed to New Delhi and Islamabad to stop “the war of words”, especially referring to the “reckless” statement by the Indian Army Chief General Bipin Rawat, and said such statements would not pave the way for a better understanding between the two countries. “Such rhetoric needs to stop from all sides,” Fai added.

It may be recalled that the Indian government cancelled the proposed meeting between Foreign Minister Shah Mehmood Qureshi and his Indian counterpart on the sidelines of the UN General Assembly a day after making announcement about it.

Speaking to media in Washington, Foreign Minister Qureshi regretted the undiplomatic language used to cancel the meeting. He also stated that the while Pakistan desired peace and had a positive thinking, India was trying to avoid it.

Dr. Fai said that the United Nations and the world powers should urge both India and Pakistan to initiate talks to resolve their differences. “But if there is no change in the mindset, outlook  and thought processes, then to expect breakthrough in talks is to ask for a miracle,” he added.

He said that it was now time for the United Nations to restore the faith of common people that it is a platform that can live up to its bold character and mission of bringing peace and security to the world.

The people of Kashmir, he said, were thankful to Ms. Michelle Bachelet, former President of Chile and currently the United Nations High Commissioner of Human Rights for her principle stand that the people of Kashmir have “exactly the same rights to justice and dignity as people all over the world”.

He, however, made it clear that Kashmiris would not accept any erosion far less a negation, of the principle of self-determination. “There needs to be a permanent and lasting solution to the problem.”