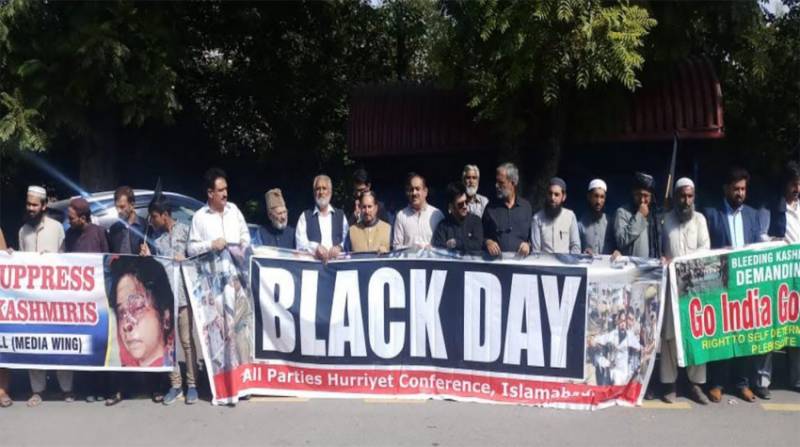 The protesters were carrying banners and placards inscribed with slogans of 'Go India Go Back', 'Black Day' and 'Kashmir is bleeding'.

They demanded an end to curfew and other restrictions in Occupied Kashmir and granting of right to self-determination to Kashmiris.

APHC Leader Syed Yousaf Naseem urged the international community to resolve the longstanding Kashmir dispute in the light of United Nations resolutions. He said people of occupied Kashmir have not accepted ruthless occupation of India since 1947.

She said international media has reported that Indian armed forces are raiding houses and abducting youth.

Mishal Malik appealed the world community to support the voice of Kashmiris. She said Kashmiris' struggle will continue until they achieve their just right of self-determination as promised by UNSC.

A cycle rally was also held in Islamabad to express solidarity with the oppressed people of occupied Kashmir.