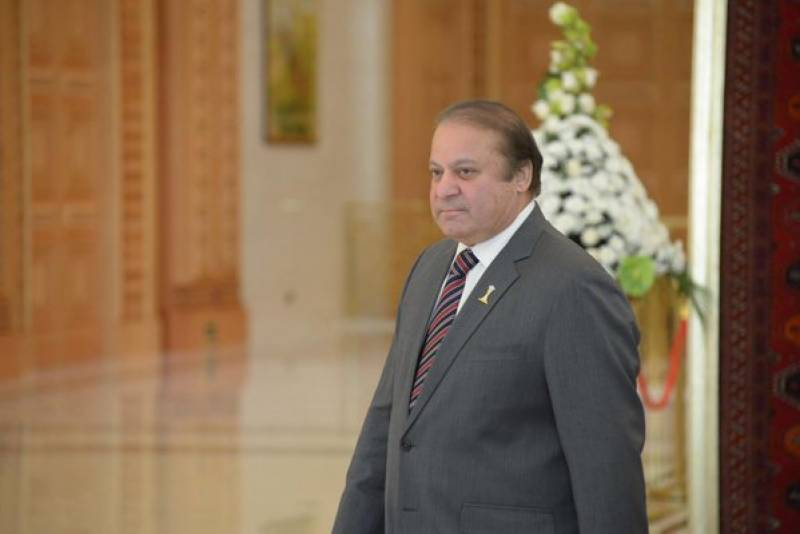 ISLAMABAD (APP): Prime Minister Muhammad Nawaz Sharif on Thursday said Pakistan and Qatar were enjoying strong brotherly relations which would be further strengthened into sustained economic cooperation for the benefits of both the countries.

The Prime Minister was talking to Dr. Khalid bin Mohammad Al Attiyah, Minister of Defence Affairs Qatar, who called on him here at the PM House.

He further said that Pakistan, Qatar and Turkey can set up joint ventures for undertaking defence related manufacturing of military equipments.

"Our relationship with Qatar means a lot to us and you can count on Pakistan as your closest ally and brotherly state", the Prime Minister said.

Dr Khalid bin Mohammad Al Attiyah said that Qatar sees Pakistan as a strategic partner and every effort would be made to make this relationship second to none.

He further stated that after concluding the LNG project during the PM's last visit to Qatar, the relationship between the two brotherly states has grown into a much stronger economic cooperation.

"With the assistance and cooperation of Pakistan, we want to improve our military hardware to be prepared for the uncertain threat of terrorism, prevailing in the region", the Defence Minister added.

He further said that Qatar would be establishing training academy for countering the unconventional enemy of terrorism and would be seeking the services and expertise of the Pakistani instructors to impart training courses there.

The Defence Minister said that the mutual cooperation between Qatar and Pakistan, led by Prime Minister Muhammad Nawaz Sharif, would see new heights in the times to come.

"We are desirous of buying Super Mushshak and JF-17 Thunder aircraft from Pakistan and also want to set up military cooperation and production of equipments in Qatar with the assistance of Pakistan and Turkey", the Defence Minister said.

The Defence Minister also extended condolences to the Prime Minister, on his behalf and on behalf of Sheikh Tamim bin Hamad Al Thani the Emir of the State of Qatar, on the loss of precious human lives in the terrorist attack on Police Training Centre Quetta.

He said that the terrorist attack was most condemnable and the government and people of Qatar stand by their Pakistani brethren in this hour of grief and sorrow.

Thanking Dr Khalid bin Mohammad Al Attiyah for the condolences, the Prime Minister said that the attack was most condemnable which resulted into the loss of innocent lives.

The Prime Minister termed the present visit of the Qatari Defence Minister as highly productive as Pakistan is ready to support Qatar in all fields.

Regarding the trilateral cooperation among Pakistan, Qatar and Turkey, the Prime Minister highlighted that Pakistan and Turkey have ever increasing relationship since Pakistan came into being.

"The trade volume between Qatar and Pakistan will multiply, especially after the import of LNG from Qatar", he added.

The Prime Minister also extended his heartfelt condolences on the sad demise of Sheikh Khalifa bin Hamad Al- Thani, the grandfather of Emir of Qatar.