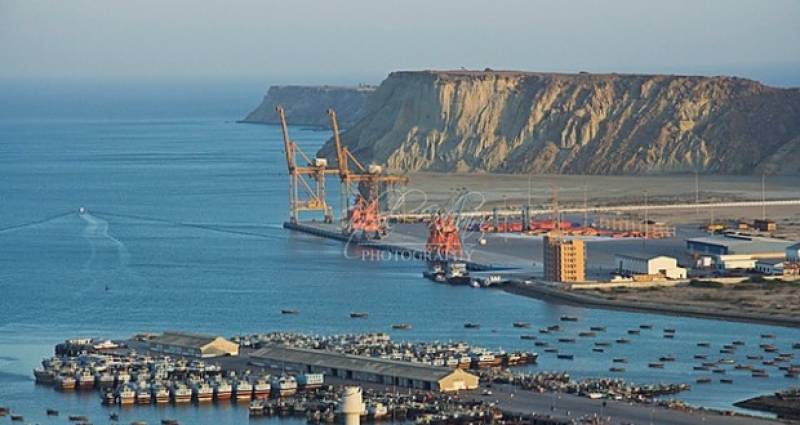 KARACHI: (APP) Pakistan Maritime Security Agency (PMSA) and the Customs in a joint action thwarted a bid to smuggle hashish of Rs 1.5 billion.

Nine smugglers including three foreigners were arrested in this raid, said a press release on Thursday.

Director General Rear Admiral Jameel Akhtar said that on an intelligence information, the PMSA and Customs in Gwadar conducted the biggest operation in the international waters on the Western boundary.

They recovered 2400 kilograms of high quality hashish from a suspicious boat and arrested nine accused including three foreigners and confiscated their boat.

The value of the recovered hashish in the international market is more than Rs 1500 million.

The fast response boat of the PMSA first doused the fire before arresting the smugglers and confiscating their boat.

The accused were handed over to the Pakistan Customs Gwadar Collectorate for further legal action.

Earlier, the accused were presented before the media.

The Customs Collector Gwadar Saeed Akram said for checking smuggling and all type of illegal activities was amongst top priorities.

He said in the year 2015, the FC, PMSA and other institutions ensured to stop the smuggling of diesel, which increased revenue of Rs 9 billion to the national exchequer.

He said Pakistan Customs during 2015 lodged 54 FIRs and in these cases 26 criminals were convicted.

He thanked all institutions, particularly the PMSA.