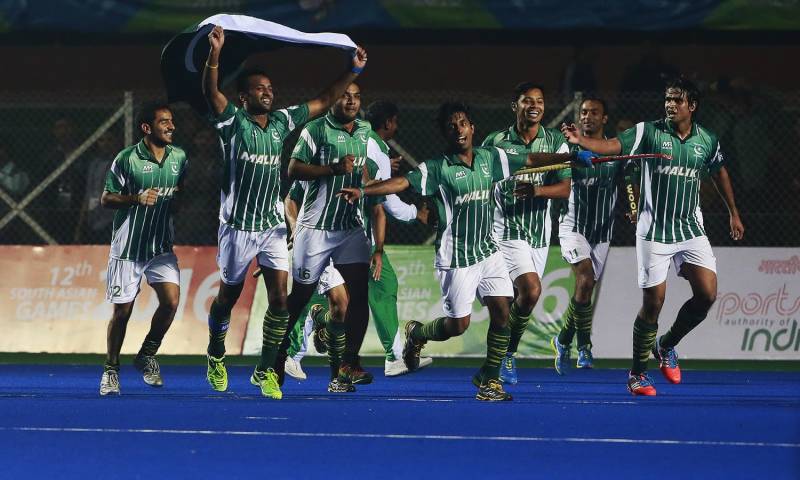 KUANTAN: (APP) Pakistan defeated China 4-0 in their last match of the round robin of Asian Hockey Champions Trophy to confirm their berth into semifinal of the here at Kuantan, Malaysia on Thursday.

The win also saw Pakistan finishing third in their Group. India and hosts Malaysia have already qualified for the semifinals.

The first quarter was more or less evenly matched. But Pakistan emerged as a better side in the next 15 minutes.

They completely dominated the last 30 minutes, freely entering the rival circle and creating several chances. But they wasted most of them. Only one out of the six penalty corners was converted.

The first two goals were beautiful opportunistic strikes by Haseem Khan. In the 21st minute, off the third penalty corner, a variation was employed. Tauseeq's push from the top of the circle was deflected into the goal by Haseem's flat stick; two touches.

Just one minute into the second half, Haseem dived to lunge on a long hit into the Chinese circle with an extended stick in one hand to score from a close range.

Third and fourth goals both arrived inside the 48th minute. Ali Shan provided finishing touch to a left side attack. Moments later, Ejaz sent a diagonal through pass from the left side which was slotted into the net by Mhammad Irfan Junior, sprinting into the middle of the circle.

After the first 15 minutes, China were seen defending. They did enter Pakistan's circle on occasions, mostly on turn overs and also had four penalty corners. Amjad Ali, Pakistan's goal keeper for the day, performed well whenever called into action.

Pakistan lost their matches against host Malaysia by 4-2 , India by 3-2 while won against Korea by 1-0 and Japan by 4-3. Six teams from Pakistan, India, Malaysia, South Korea, China and Japan are taking part in the event.

Their semi final opponent on Saturday will be known after the last match of the round robin between Malaysia and Korea.