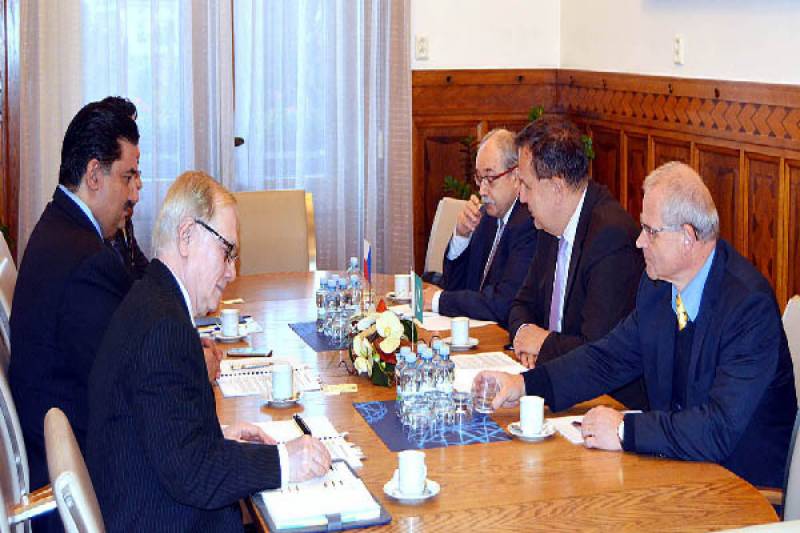 ISLAMABAD: (APP) Pakistan and Czech Republic have agreed for further consolidate trade and economic ties through regular exchange of trade missions and business delegations from the Chambers of Commerce and the private sectors of the two countries.

During his visit to Czech, the minister held bilateral talks with the Czech Minister of Industry and Trade in Prague, a statement received here said.

Both the ministers expressed satisfaction over the development of economic ties and expressed optimism to further consolidate these ties.

Khurram Dastgir expressed readiness for the participation of Pakistan as partner country in the international engineering and Styl-Kabo textile fairs in 2017.

He informed his Czech counterpart about improved economic conditions of Pakistan and suggested that the Czech companies could capitalize on the favorable investment conditions in Pakistan; particularly in the fields of energy and automobile sectors.

He also discussed problem being faced by the Pakistani businessmen in getting visas for the Czech Republic.

Both ministers agreed that there existed a great potential between the two countries to surpass the existing trade volume of bilateral trade of US$ 170 million.

The minister renewed invitation to the Minister of Industry and Trade to visit Pakistan at mutually convenient dates in 2017.

He proposed that the Pakistan side would consider holding of Pakistan-Czech Business Forum in Pakistan coinciding with the visit of the Czech Minister of Industry and Trade.

While highlighting requirements of the Schengen visa regime, assured the Minister for Commerce to make sincere effort to ease out the situation leading to facilitation of issuance of visas.