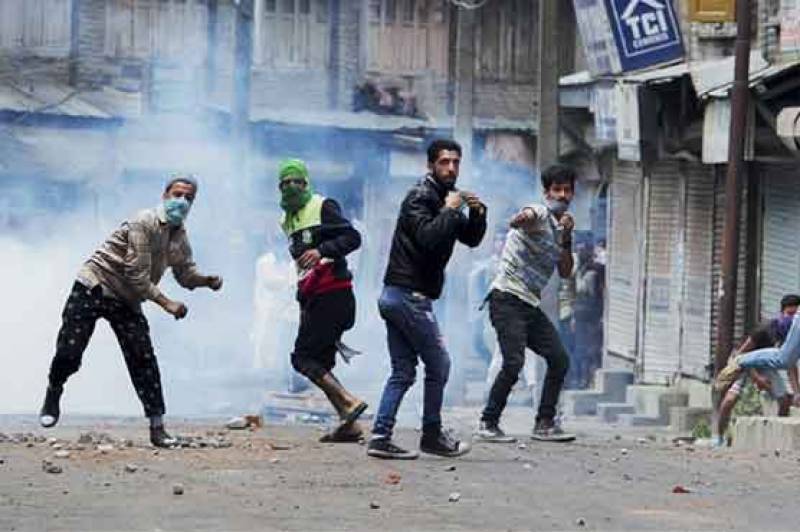 ISLAMABAD: (APP) People in Pakistan, Jammu and Kashmir and across the globe will observe October 27 as black day against India's illegitimate occupation of Kashmir.

The day is marked as a Black Day to protest against India which sent its troops to Srinagar on October 27, 1947 and illegally occupied Jammu and Kashmir.

Protest rallies and demonstrations would be held in AJK capital Muzaffarabad and in all the ten districts of Azad Kashmir.

The people of Azad Kashmir will express solidarity with their brethren and will vow to provide moral, political and diplomatic support till the liberation of Indian Occupied Kashmir from the Indian clutches.

Radio Pakistan has planned special programmes to express solidarity with Kashmiris on the occasion of Black Day being observed by them tomorrow (Thursday) against Indian occupation of their motherland on this day.

Special messages of Presidents and Prime ministers of Pakistan and Azad Kashmir will be aired in programme "Subh e Pakistan" starting at 07:10 a.m.

Expressions of Federal Minister for Kashmir Affairs and Gilgit Baltistan Muhammad Barjees Tahir will also be the part of this programme.

Rallies, meetings and seminars across Pakistan would be held to highlight significance of the day for Kashmiri people.

Barjees Tahir along with Prime Minister Azad Kashmir would address a public meeting in Muzaffarabad on October 27.

According to a statement issued by All Parties Hurriyat Conference (APHC) in Srinagar, people of Kashmir were demanding fulfillment of promises, which the first Indian Prime Minister, Jawaharlal Nehru, had made with them while addressing a gathering at Lal Chowk in Srinagar.