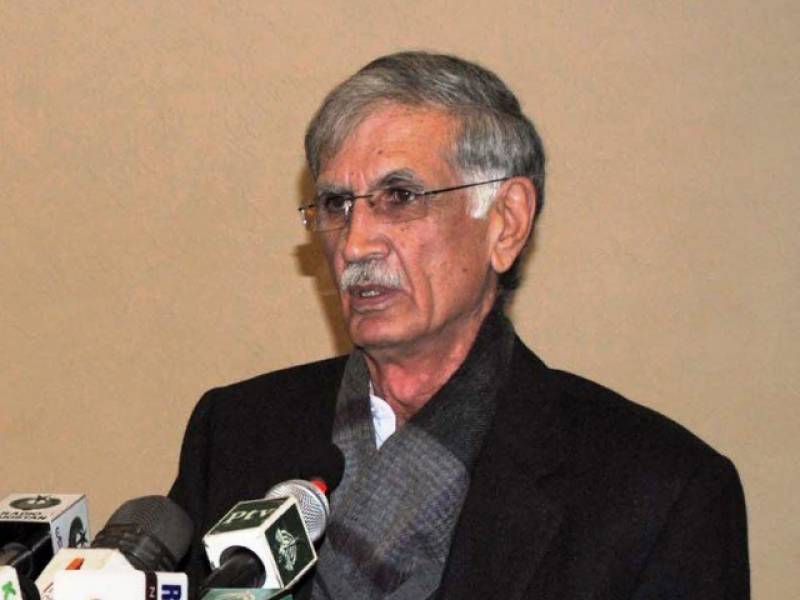 They also agreed to maintain close contacts through focal persons to explore potential areas of cooperation and collaboration.

Pervez Khattak and Nicola Sturgeon in a meeting at Scottish Parliament Edinbergh Scotland discussed the areas of mutual interest and cooperation, said a press release issued on Thursday.

CM, briefed her on a number of reforms that his government had undertaken, including promulgation of several new laws incorporating; the right to information; the right to service; administrative autonomy for the provincial police to make it free from political influence; and devolution of powers, especially development funds to local and district councils.

The First Minister highlighted and appreciated the vibrant role of the Pakistani community based in Scotland.

Taking note of the close contacts between the Scotland Police and KPK Police, including the signing of an MoU between the two institutions, the First Minister agreed with the Chief Minister on the need for collaboration in other areas, including tourism, renewable energy, education and culture.

Earlier the Khyber Pakhtunkhwa Police and Scotland Police signed a memorandum of Understanding (MoU) extending cooperation for efficient delivery of rule of law, development and bilateral institutional activities between the two forces.

The memorandum signed between the Scotland Police Service and KP Police at Police Scotland College Tulliallan, Kincardine spells out increased institutional cooperation and interaction of mutual interest, including community policing, training and development, counter terrorism, forensic investigation and any other matter of mutual interest.

According to the Memorandum both parties will cooperate each other and sharing of best practices and explore the possibility of further developing and engaging in bilateral institutional activity.

Both the parties agreed to cooperate to identify areas where officers of both parties can work together with regard to and in furtherance of the purposes.

Each part shall nominate a coordinator to lead the engagement under this memorandum. Both the parties will learn from each other best practices and experiences.