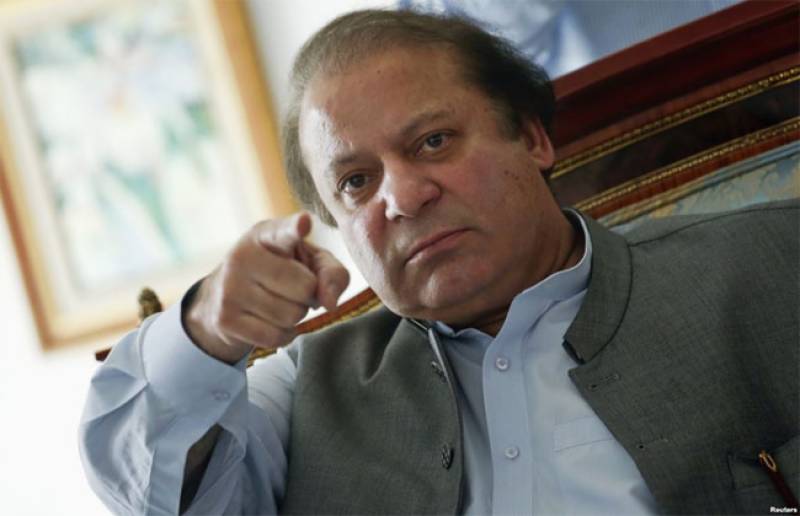 ISLAMABAD (APP): Prime Minister Muhammad Nawaz Sharif on Thursday said it was high time for "India to read the writing on the wall and implement the pending UN Security Council resolutions on Jammu and Kashmir" for amicable resolution of the long-standing dispute.

"The only peaceful, plausible, logical, and conceivable solution to the Kashmir dispute, which is also consistent with the international law and norms, is the implementation of the UN Security Council resolutions on Kashmir," the Prime Minister said in his message on Kashmir Black Day, being observed today.

The Prime Minister said the only possible explanation of India's adamant refusal to implement these resolutions could be that "India was certain that the verdict of people of Jammu and Kashmir in such a plebiscite will be against it".

"More than 1.5 billion people of the region deserve to see the dawn of peace and prosperity which has been held hostage to the gross, consistent and systematic violations of human rights in IoK and complete disregard to the UN Security Council resolutions," the Prime Minister said.

He said, "We pay homage to the sacrifices of our brethren in Indian Occupied Kashmir and reiterate our unflinching and steadfast moral, diplomatic and political support for the just cause of the people of Jammu and Kashmir."

This support will continue till the realization of the lawful right to self-determination of the people of Jammu and Kashmir, he added.

He mentioned that October 27, 1947 marks one of the darkest chapters of human history, which gave birth to a grave human tragedy in the Indian occupied Jammu and Kashmir (IoK).

"On this day 68 years ago, the Indian forces landed in Srinagar to occupy, subjugate, oppress, and terrorize the innocent people of the Indian occupied Jammu & Kashmir," he said.

The Prime Minister said this pattern of brutalities continues with impunity even today.

"Despite commitments to the international community and numerous resolutions of the UN Security Council on Jammu & Kashmir, the Indian government has unleashed a reign of terror in IoK and remains recalcitrant to fulfill its commitments," he said.

He said in the wake of extra-judicial killing of young icon of Kashmir freedom struggle Burhan Wani, on 8 July 2016, the brutality of the Indian occupation forces had intensified.

"They have shed away all norms of humanity and civility in committing the worst form of state terrorism against the defenseless and hapless masses of IoK with the misplaced perception that they can crush the legitimate Kashmir struggle," he said.

The Prime Minister said the Indian occupation forces are slaughtering the civilians with complete impunity and are supported by the whole Indian state machinery in this gruesome crime against humanity.

He said the obdurate use, without any restraint or a hint of remorse, of live ammunition and pellet guns by Indian occupation forces against the defenseless masses, was "highly contemptible and condemnable" in strongest possible terms.

The Prime Minister said Indian barbarism was highly deplorable and against the norms of humanity, adding that the continuous curfew for over hundred days had made the lives of innocent Kashmiris miserable.

He pointed that to add to the unimaginable sufferings of the oppressed masses, the Indian government had created deliberate shortage of essential foods supplies, medicines, baby food, petroleum products and other basic amenities.

"The current episode of Indian brutalities is nothing new in IoK. It is only a vivid illustration of a consistent pattern of state oppression, massacres, genocide, and atrocities being continued by the Indian occupation forces in IoK for the last 68 years," he said.

He lauded the "valiant, brave and courageous people of Indian occupied Jammu & Kashmir", who he said deserved admiration by the people of Pakistan and the entire freedom loving humanity for showing unprecedented resilience in facing the savage use of force by India.

"They have not moved back an inch from their principled demand of exercise of their legitimate right to self-determination in accordance with the UN Security Council resolutions," he said.