Black Day to continue till freedom of Kashmir: APHC
27 Oct, 2016 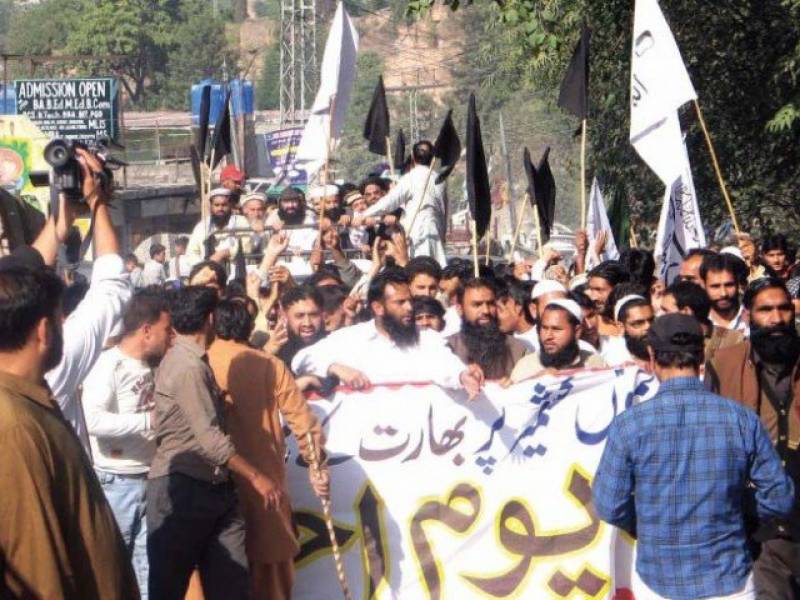 ISLAMABAD: (APP) The people of Kashmir and Pakistan will continue observing Black Day to mark Indian Brutality in Kashmir till the freedom of Kashmir and highlight this issue on every level, members of All Parties Hurriyat Conference (APHC) here Thursday said.

Talking to APP in a protest to mark Black Day, Shazia, member of APHC said October 27 is being observed as black day against India's illegitimate occupation of Kashmir till the freedom of Kashmir.

The day is observed to protest against India which sent its troops to Srinagar on October 27, 1947 and illegally occupied Jammu and Kashmir.

Manzoor-ul-Haq Butt, Executive Member, APHC Jammu and Kashmir also highlighted the background of Black Day and its importance for Kashmiris that will raise their voice on different platforms.

He said the promises made with the Kashmiris by the first Indian Prime Minister, Jawaharlal Nehru, should be fulfilled and the Kashmir issue should be resolved according to the resolutions of the United Nations.