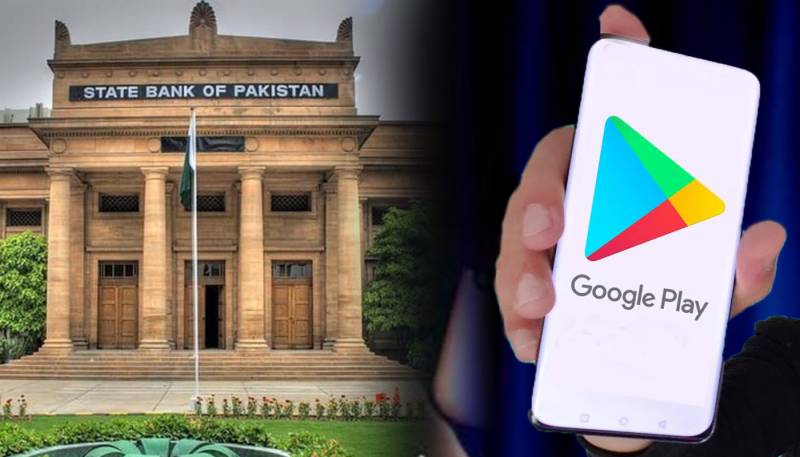 ISLAMABAD – State Bank of Pakistan has rejected reports claiming that certain payments to Google were stuck at the central bank, calling it ‘baseless and misleading’.

In a statement issued, the central bank trashed the assertions that payments were stuck at its end after media reports sound alarm over the blocking of payment to tech giant Google.

Local media reports on Saturday suggest that Google Play Store services will no longer be available in Pakistan from start of December 2022, claiming that State Bank suspended the direct carrier billing (DCB) mechanism.

After media reports, SBP issued a clarification statement, saying “The fact is that in order to facilitate the domestic entities, the SBP specified certain Information Technology (IT) related services, which such entities can acquire from abroad for their own use and make foreign exchange payments there against up to USD 100,000 per invoice. Such services include, Satellite Transponder, International Bandwidth/ Internet/ Private Line Services, Software License/ Maintenance/ Support, and service to use electronic media and databases.”

It further maintained that such services include Satellite Transponder, International Bandwidth/ Internet/ Private Line Services, Software License/Maintenance/Support, and service to use electronic media and databases. Entities desirous of utilizing this option designate a bank, which is approved by SBP one time. Subsequently, after designation, such payments can be processed through the designated bank, without any further regulatory approval.

SBP however mentioned that it was observed during recent off-site reviews that Telcom were remitting bulk of the funds for video gaming, entertainment content, etc. purchased by their custmers using airtime, under Direct Carrier Billing (DCB) to utilise the aforesaid mechanism to remit funds for IT-related services for their own use.