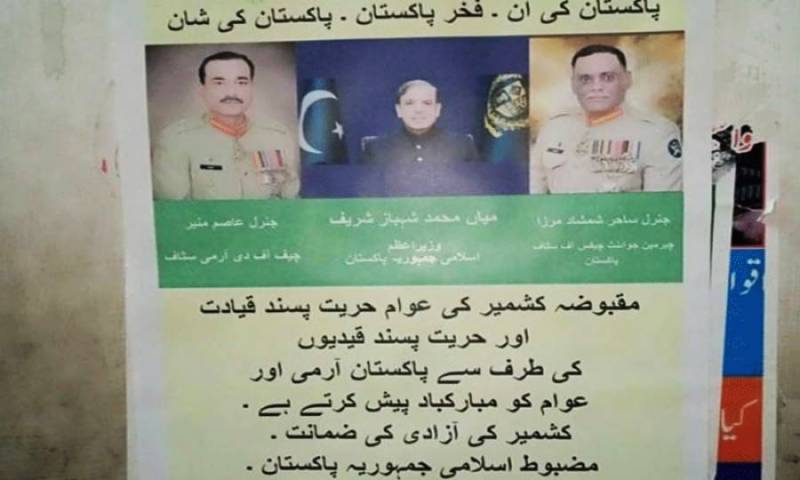 SRINAGAR – In another bid to show solidarity and support, Kashmiris have put up posters carrying pictures of top Pakistani civil-military leadership in Indian Illegally Occupied Jammu and Kashmir (IIOJK).

The posters and banners have been displayed by Hurriyet leaders and Sada-e-Mazloom Jammu and Kashmir.