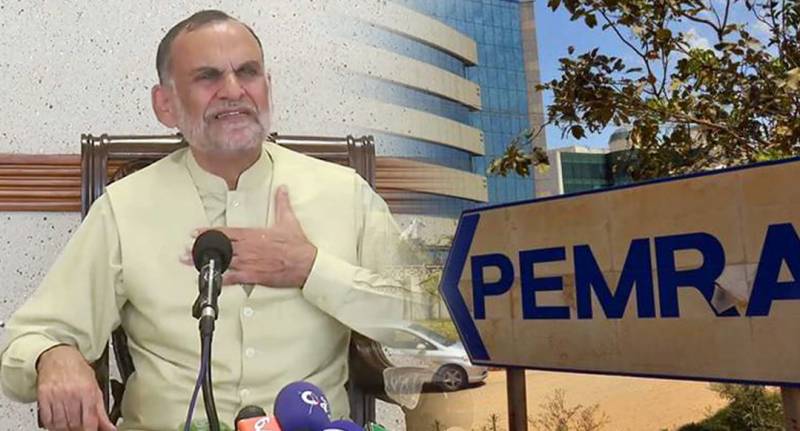 The media watchdog imposed a ban on his live speech a day after he addressed a rally in Rawalpindi on Saturday, where he used insulting language against the top military officials including the outgoing army chief.

The defiant politician hurled allegations and used offensive language against a senior official of the top intelligence agency. He further singled out military officials and threatened them.

In his fiery speech, Swati, 74, vowed to go against army officials on every platform, saying he will use every legal and moral forum against them.

PEMRA, in a notification, said “Mr. Azam Khan Swati, on November 26, 2022, in a public gathering at Rawalpindi, aired on various satellite TV channels, made aspersions against the state institutions by leveling baseless allegations.”

It said, “airing of such content is a willful violation of PEMRA's directives as well as PEMRA laws which explicitly refrain all the licensees from telecasting any content in any manner against state institutions and PEMRA in view of the above-referred reasons, in the exercise of delegated powers of the Authority vested in Section 27(a) of the PEMRA Ordinance 2002 as amended by PEMRA (Amendment) Act 2007, hereby prohibits broadcast and re-broadcast of speech(es)/press conferences/media coverage of Mr. Azam Khan Swati on all satellite TV channels with immediate effect”.