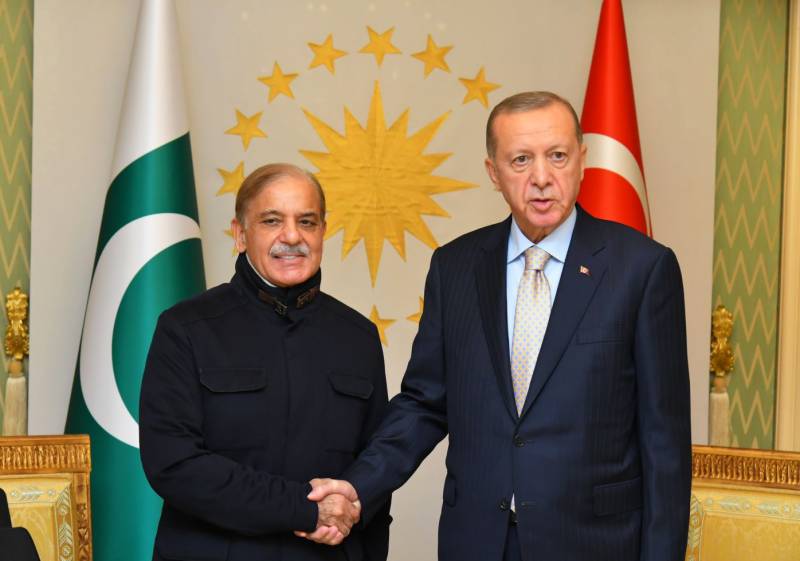 ISLAMABAD – Islamabad, and Ankara aimed at boosting bilateral trade to $5 billion in near future as Prime Minister Shehbaz Sharif is in Turkiye on an official two-day visit at the invitation of President Recep Tayyip Erdogan.

The premier and Mr. Erdogan held a one-on-one meeting as well as delegation-level talks in Turkey's cultural capital Istanbul.

During the talks, both friendly countries reviewed bilateral ties, with particular emphasis on the ongoing cooperation in diverse fields including trade and investment, defence cooperation, education, connectivity, and health.

PM Shehbaz and Erdogan reaffirmed their commitment to take the bilateral trade volume to five billion dollars within three years, to exploit the immense untapped potential between the two Islamic nations.

Both sides further agreed to take robust follow-up action for the implementation of the Trade in Goods Agreement that was signed by the two countries in August this year.

During the talks, the Pakistani delegation stressed the need to explore avenues of furthering cooperation in the area of renewable energy, particularly wind and solar energy.