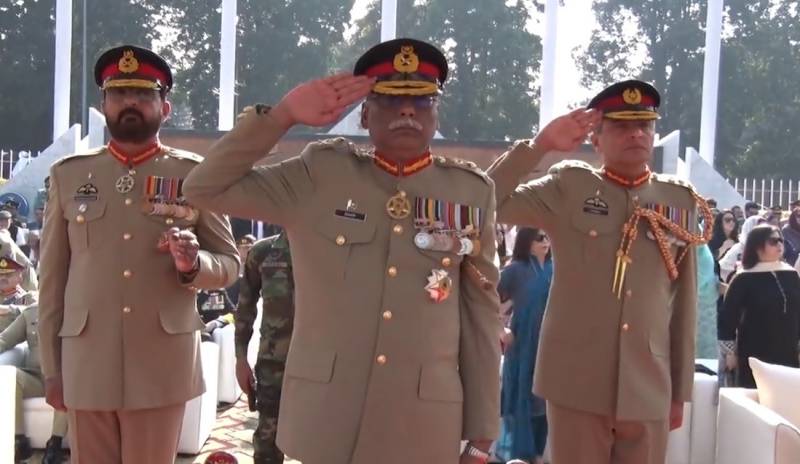 According to a statement issued by the ISPR, besides a large number of serving and retired officers from three services, the ceremony was also attended by former Chairmen Joint Chiefs of Staff Committee.

A smartly-turned out Joint Services guard presented the salute as the Chairman Joint Chiefs of Staff Committee arrived at the venue.

General Sahir Shamshad Mirza, Hilal-e-Imtiaz (Military) reviewed the guard of honour and the march past.