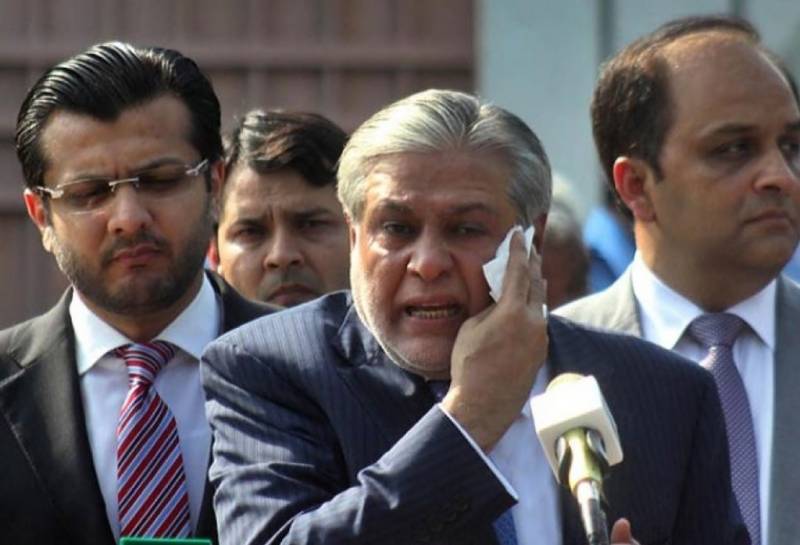 LAHORE – New developments have been reported in the case of former Minister Ishaq Dar.

As per the media report, Rs 50 crore from the bank accounts of former finance minister Ishaq Dar has been transferred to the treasury of provincial government.

The development comes on the directives issued by an accountability court in Islamabad which ordered to auction movable and immovable assets of the politician and seize his bank accounts.

Dar, who is accused in assets beyond income case, was declared a proclaimed offender after he failed to appear before the court despite repeated summons; he claims to be medically unfit.

In line with the verdict passed by Judge Mohammad Bashir, Lahore’s deputy commissioner had sent notices to banks for the transfer following which the district authorities transferred the amount to Punjab government through three pay order transactions.