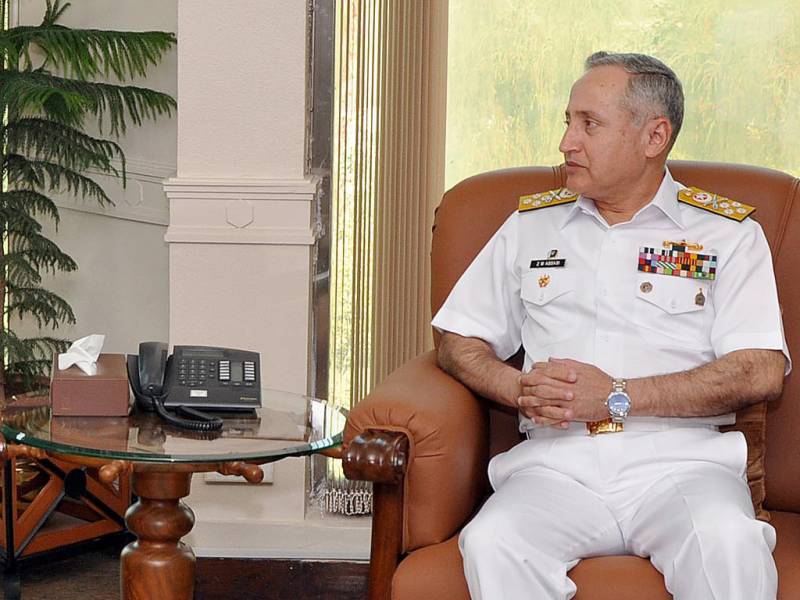 Upon arrival at the Naval Headquarters, Commander UAE Naval Forces was received by Chief of the Naval Staff.

A smartly turned out contingent of Pakistan Navy clad in ceremonial dress presented him Guard of Honour.

The visiting dignitary was then introduced to Chiefs of Staff and Principal Staff Officers at NHQ.