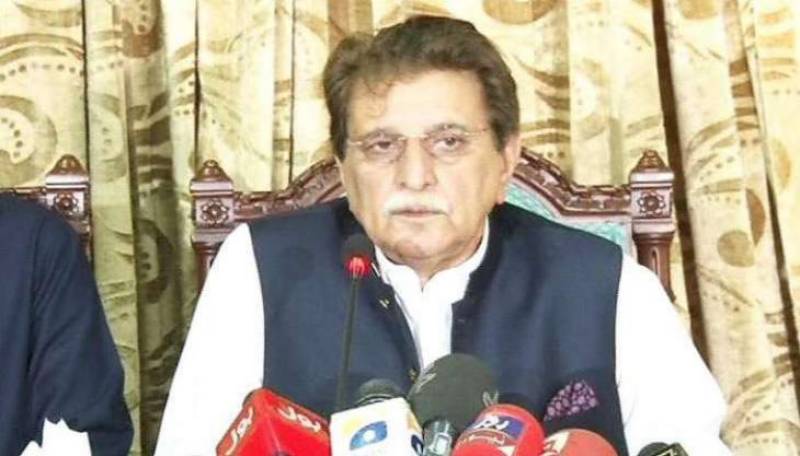 Talking to a UK-based Kashmiri expatriates delegation, he said that India was using all kinds of brute tactics against Kashmiris to suppress their freedom struggle but it failed.

He said India could not hinder freedom struggle despite letting loose reign of terror in the held valley that voice. Voice of Kashmiris has started echoing at all forums of human rights over the globe, he said.

“After the reports of United Nations Commissioner of Human Rights Council and All Parties Friend’s Group in British Parliament the hearing of Kashmir issue in January in European Parliament is a positive development” he said.

Head of the delegation informed PM Haider about future strategy and move to expose Indian forces atrocities and human rights abuses in IHK, in British and European Parliaments.

Lauding the efforts of overseas Kashmiris in effectively highlighting Kashmir issue abroad, the Premier remarked that overseas Kashmiris are ambassador of Kashmir liberation struggle. He advised them to continue their organized and collaborated efforts so that international community takes practical steps to build pressure on India to grant Kashmiris their internationally recognized right to self-determination.

Haider said he drew the attention of European Parliament during his recent visit to Brussels towards increasing tyrannies and repressions of Indian forces against Kashmiris.

PM AJK reiterated that Kashmiris have strong and inseparable relations with Pakistan it was why Kashmiri youth embracing martyrdom prefer to be buried wrapped in Pakistani flags.

Meanwhile the Premier made it clear that decision about by-election at Rawalakot would be made after consultation with senior leadership which would be in the best interest of the party. He said Sardar Khalid Ibrahim Khan was a man of principle whose sudden demise is an irreparable loss to the State. He expressed these views with

PML-N workers and supporters at Rawalakot.