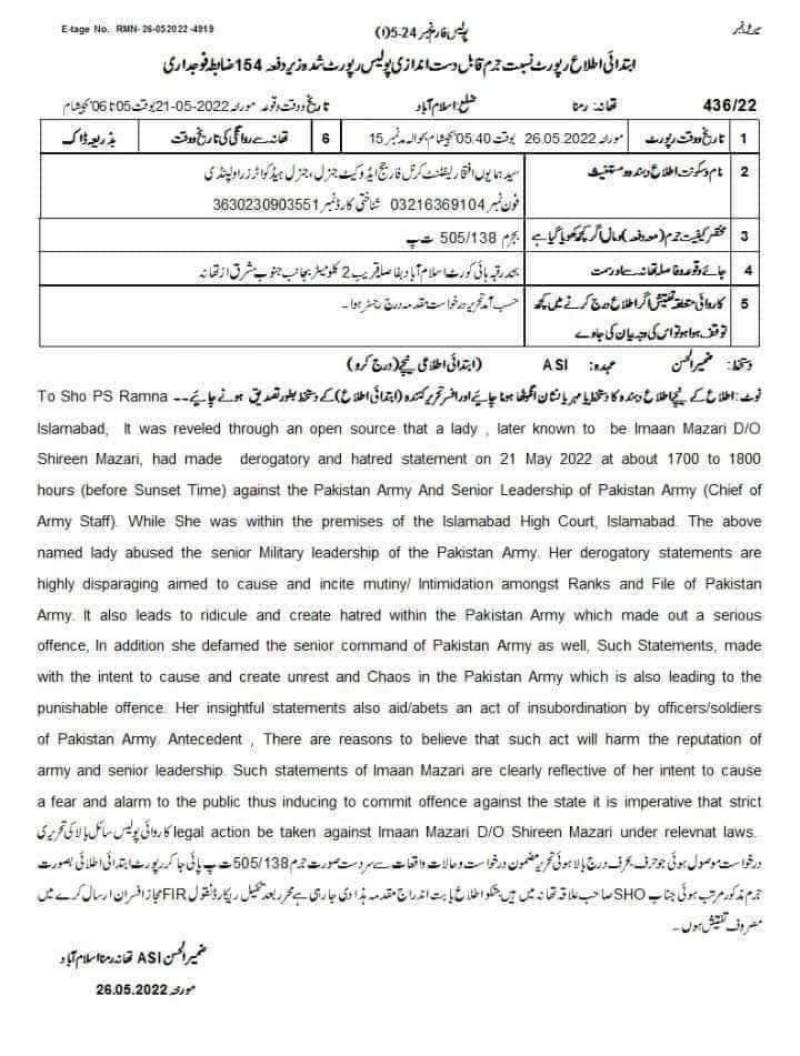 RAWALPINDI – The Pakistan Army's JAG Branch has got an FIR registered against Iman Mazari-Hazir for making derogatory remarks against its senior leadership.

A case was registered at the Ramna Police Station of Islamabad on Friday.

This is for the first time that the military has decided to take legal action against those making such statements against COAS Qamar Bajwa and other senior military officers.

Iman is a lawyer-activist and the daughter of former human rights minister Shireen Mazari.